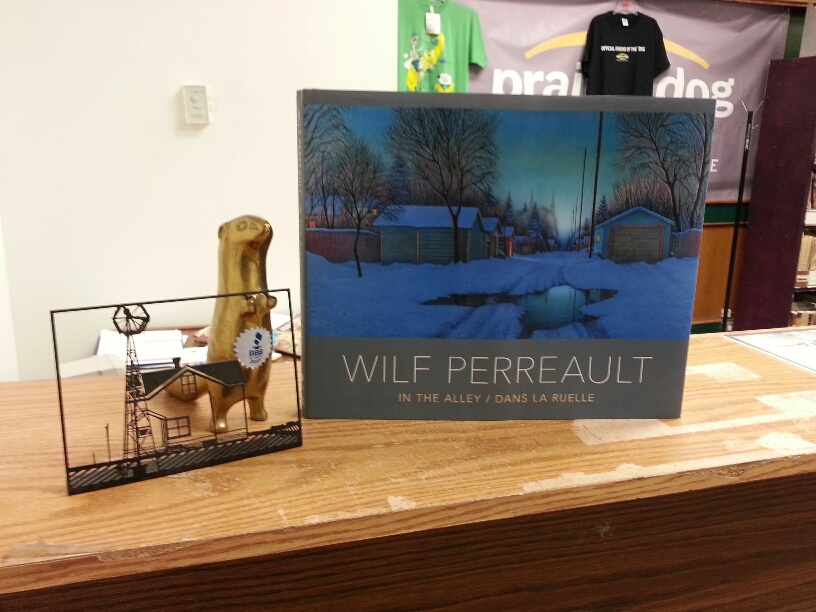 In the review I did of Wilf Perreault’s exhibition In The Alley in the Nov. 27 issue of Prairie Dog I mentioned the 225 page English/French catalogue Coteau Books had published to accompany the show.

That’s a picture of it above. As I noted in the review, the catalogue has a critical essay by MacKenzie Gallery curator Timothy Long on Perreault’s development as an artist and his fascination with painting back alleys. It also has 11 prose pieces where Saskatchewan writers such as Connie Gault, Gerald Hill, Judith Krause and Robert Currie respond to Perreault’s work.

Visually, there’s dozens of full-colour plates of Perreault alley paintings dating back to the mid-1970s. There’s also a number of personal photos from the Perreault family archive. So if you’re a fan of the artist, it’s a definite keepsake.

One thought on “Wilf Perreault Catalogue”