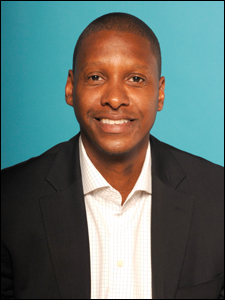 For years the NBA has scheduled marquee match-ups on Christmas Day to showcase the sport to a holiday audience. This year, Oklahoma City Thunder are visiting the San Antonio Spurs in a rematch of last season’s Western Conference final. You’ve also got the Cleveland Caviliers in Miami to play the Heat. Record-wise, both teams are so-so. But the game marks the return of LeBron James to Miami so there’s plenty of intrigue.

Also on the schedule are the L.A. Lakers at Chicago Bulls and Washington Wizards at New York Knicks. The Lakers and Knicks both stink this year. But they’re big market cities so what are you going to do?

If the NBA was really keen to showcase its top teams on Xmas Day, though, one squad that should be playing is the Toronto Raptors.

At roughly the 4/10th mark of the season the Raps own the best record in the East. Yes, that’s by far the weaker of the conferences. But their .759 winning percentage (22W-7L) is impressive nonetheless. And against the West so far, the Raps are 7W-2L.

Last season, the Raptors started slow, then made a blockbuster trade that turned things around. Led by guards Kyle Lowry and DeMar DeRozen, they ended up fourth seed in the East, but lost out in the first round of the playoffs to the veteran Brooklyn Nets in a hotly contested seven game series.

Fans were disappointed, but also hopeful heading into 2014-15 that the Raptors were a team on the rise. Helping was Lowry’s off-season decision to resign with the Raps rather than leave as a free agent for a higher profile U.S. team as so many other top players had done over the years. And so far, the team has delivered on their promise. And they’ve done it (since late November, anyway) without DeRozan, who’s out indefinitely with a torn tendon in his left thigh/groin area — the adductor longus, I guess it’s called.

Even without one of their leaders, the Raptors have been steaming along. And GM Masai Ujiri (pictured) — a 34-year-old native of Nigeria, who was voted NBA Executive of the Year in 2013 — is being hailed as a genius. Although after Christmas, the team heads out on a five-game road trip where they play three of the West’s top teams: Golden State Warriors, Los Angeles Clippers and Portland Trailblazers. So we’ll see how that goes.