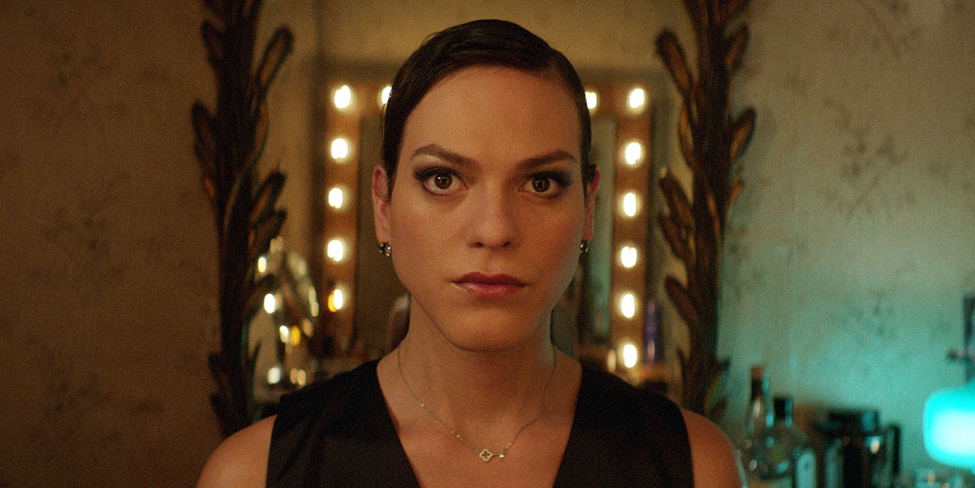 Daniela Vega in A Fantastic Woman.

Orlando, Marina’s much older partner, has died of an aneurysm, but she is not allowed to grief. Marina must face mistrust and prejudice at every level, as if she was responsible for Orlando’s death.

A Fantastic Woman is a superb character study and a severe indictment of a society that’s more hypocritical than open-minded. The film does falter every so often (I call for a moratorium of sex dungeons in movies), but overall it underlines Lelio’s talent to write female characters. Considering Gloria, A Fantastic Woman and the upcoming Disobedience, the Chilean director is poised to give Almodóvar a run for his money. Four dogs. Distribution: Theatrical.

The Disaster Artist (USA, 2017. Dir: James Franco): A dramatization of the behind-the-scenes of The Room (the infamous cult classic renown only by its awfulness) is a minefield of outlandishness: If the subject itself is already laughable, how could you top it? Can you impersonate The Room star/writer/director Tommy Wiseau without turning him into a caricature?

Director James Franco doesn’t quite succeed at turning The Room into a triumph of the human spirit, but damn if he doesn’t come close. The Disaster Artist approaches the figure of Tommy Wiseau sideways, through his sidekick (and the author of the book that inspired the movie) Greg Sestero. Originally struggling actors from San Francisco, Tommy and Greg decide to try their luck in L.A. After a number of discouraging encounters and Tommy’s desire to be cast as the hero, not the villain, Wiseau decides to make his own movie. This, in spite of being a terrible actor, writer and not having directed a thing in his life. The rest is movie history.

The film doesn’t even try to respond the most pressing questions about Wiseau (first of all, where does he get the money from). Instead, it focuses on the friendship of Greg and Tommy. Wiseau is strange, difficult and prone to outbursts, and Greg enables him for longer than expected. The film (and The Room itself) hints at a history of betrayal that explains Wiseau’s behavior, but doesn’t dig further. The Disaster Artist is undeniably fun, but just skin deep. Three dogs. Distribution: Theatrical.