The Many Problems with Transcendence 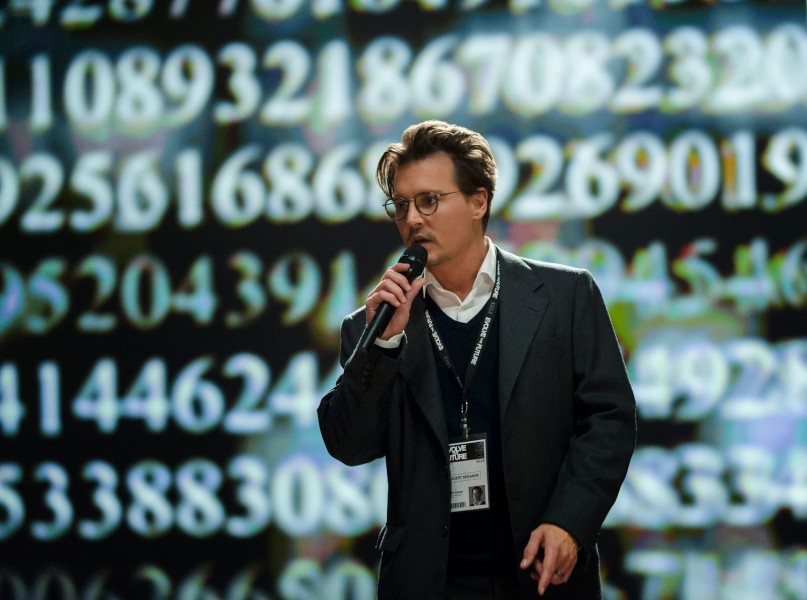 At this point of the weekend, is pretty clear Transcendence has bombed: Barely over 12 million dollars (est.) at the box office against a $100 million budget. The directorial debut of Wally Pfister (Christopher Nolan’s favorite director of cinematography) was particularly expensive, but thoroughly hollow. Where did it all go wrong?

The plot: Dr. Will Caster (Johnny Depp) is the foremost researcher in Artificial Intelligence, working to create a sentient machine that combines our collective intelligence with a full range of human emotions. His controversial experiments have made him the prime target of anti-technology extremists. In their attempt to destroy Will, the extremists inadvertently allow him to succeed in his own transcendence. For his wife Evelyn (Rebecca Hall) and best friend Max (Paul Bettany), the question is not if they can, but if they should. Their worst fears are realized as Will’s thirst for knowledge evolves into a seemingly omnipresent quest for power. Sounds interesting. Alas, it’s amazing how dull it all looks on screen.

The science: Normally, sci-fi flicks go out of their way to make the discipline on display believable, at close range even. In Transcendence, it just happens. There is not even meaningless jargon. Analog and digital technology interact seamlessly, and it takes about a hundred brain scans to capture Johnny Depp’s mind in a hard drive.

The magic bullet: The terrorists not only shoot Will Caster, they lace the bullet with polonium just in case. This will kill Caster, but also gives him a full month to order his affairs. Deux ex machina indeed.

The IT Crowd approach at technology: Of course it all seems to fail in the beginning, until one of the leads decides to restart the machine containing Caster’s mind. It never fails.

The Bettany factor: Let’s recap Paul Bettany’s most recent movies: Priest, The Tourist, Legion, Creation, Inkheart (the Iron Man saga doesn’t count, he is just a voice in that). Never a more talented actor has participated in so much dreck.

The expensive bystanders: Cillian Murphy and Morgan Freeman do nothing of note in this movie, besides providing a play-by-play of stuff we are already watching on screen.

The DOP malaise: Transcendence looks great, but the dramatic unfolding is painfully tone-deaf. Cinematographers are by definition visual storytellers, but may not be as dexterous dealing with an all-encompassing plot (see Janusz Kaminski’s Lost Souls or Jan De Bont’s The Haunting).

High expectations: The film was supposed to be Christopher Nolan-esque, but the outcome is too pedestrian to be compared to the filmmaker’s best work. It’s not even close to Insomnia.