The awesome summer romp you are not watching: Premium Rush 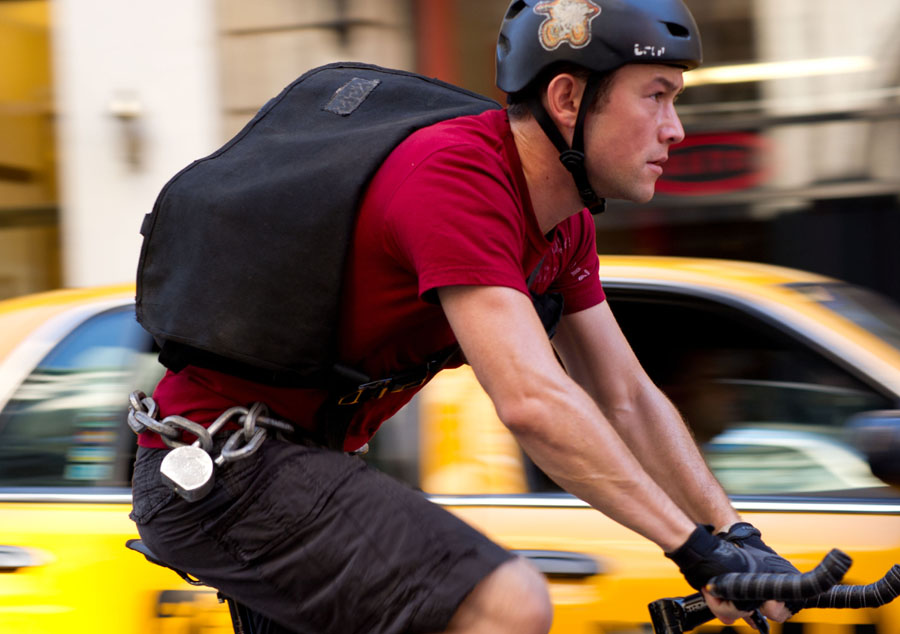 Premium Rush deserves better luck. The premise is relatively simple: A bike messenger must carry an envelop from point A to point B. A corrupt policeman must do everything in his power to prevent it. It’s the quality of the components that makes this film special.

For starters, the setting is New York. Not Toronto, Vancouver or Cleveland trying to pass for the Big Apple. It shows. The cinematographer (unknown Mitchell Amundsen) captures the city hectic pace, without making a fuss. During good chunks of the film, Premium Rush is so kinetic, it feels like an actual ride (like Speed, almost twenty years ago).

Then, there is the cast. Joseph Gordon-Levitt (who is consistently delivering superb performances) has an every-man likability that makes you root for him. Here, he faces three villains: The policemen, a dodged traffic cop and a fellow bike courier, who not only wants his gigs, but his girlfriend. His character’s name is Wilee, but he is more of a Road Runner.

But Premium Rush secret weapon is Michael Shannon. The intense performer, known for his unhinged characters in Revolutionary Road, Take Shelter and The Runaways, is a hoot as Detective Bobby Monday. On paper, his role was probably a token villain, but Shannon turns it into a twitchy, desperate man who is still fun to watch. His performance alone elevate the whole enterprise.

Premium Rush is not perfect by any means: The events surrounding the McGuffin (the envelope) are needlessly complicated and bring the tempo down. That said, the film provides a far better time than most summer tentpoles. Give it a shot.