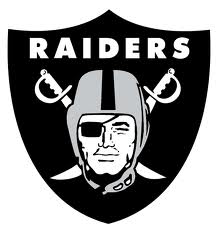 Broncos’ QB Tim Tebow continued his descent to mere mortalhood today with a putrid outting against the Bills in Buffalo. Last Sunday, CBS commentator Phil Simms noted that by never forcing the ball and always throwing away from defenders to spots that even his receivers often couldn’t reach (or words to that effect) Tebow had been able to keep his interceptions to a minimum.

Only down 17-14 early in the third-quarter, Tebow was able to play if safe. But once the Bronocs fell behind by double-digits he started to force the ball. The result? Four interceptions, with the Bills returning two for TDs on back-to-back plays in the fourth quarter to salt away a 40-14 victory. Here’s a link to the TSN report.

Heading into the final week of the season, the Broncos and Oakland Raiders are tied for the lead in the AFC West with 8-7 records. Having won the season series against Oakland on points-for-and-against, Denver holds the advantage should the teams end up tied. And the way things stand now, a wild card berth is a long-shot for the team that finishes second in the division. Denver closes out the season at home on Jan. 1 against the Kansas City Chiefs. Oakland plays at home the same day against the San Diego Chargers.