Everyone’s favourite neighbourhood webslinger is back in theatres this week with an animated movie, Spider-Man: Into the Spider-Verse.

Marvel Comics has been dominating movie screens for almost two decades now but considering that Marvel has been around for 79 years or so it has taken a very long time for Marvel to get their superheroes to the big screen. Spider-Man, who debuted in the comics in 1962, made it on to TV in the form of a cartoon in 1967. The shows theme song is still remembered today and while the animation was extremely limited the show is entertaining. 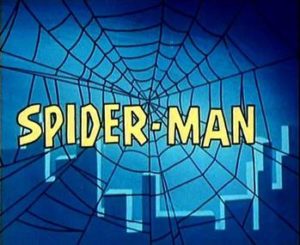 There were more TV series throughout the 1970s, 80s and 90s both animated and live action but Spider-Man was finally made into a live action movie in 2002 to great success. That success was followed up with a sequel in 2004 and really crappy sequel to that in 2007. Sony would reboot the franchise in 2012 with a sequel in 2014 before turning to Marvel for help which led to another reboot in 2017 which added that Spider-Man to the Marvel Cinematic universe.

Disney bought Marvel Comics in 2009 and while the Marvel Cinematic movies have dominated the box office and brought Disney billions of dollars it’s weird that Disney, a company that started out as an animation company has not taken the opportunity to make an animated movie with all the Marvel characters that they own. Instead Sony has gone and beat them to it with a very well received animated movie.