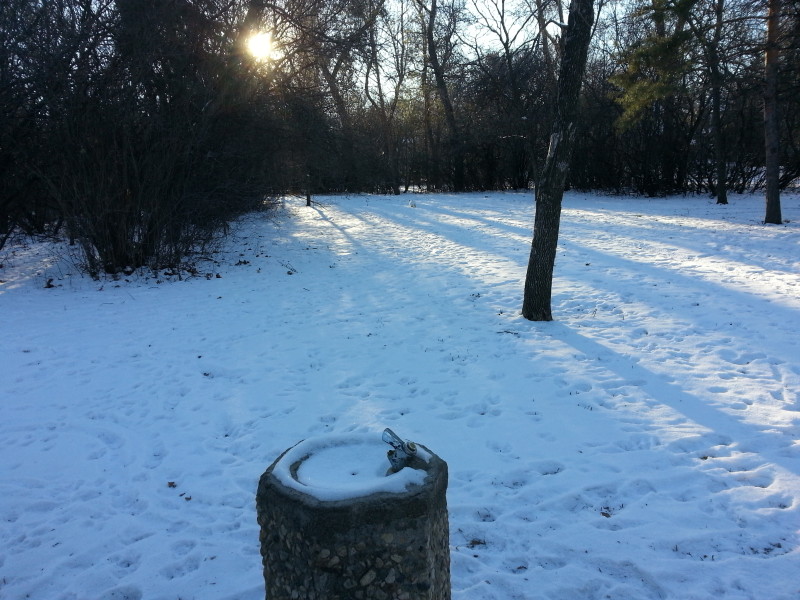 I posted in early December on the plethora of migrating Canada geese that had descended on Wascana Centre during the insanely mild spell we had to start the month. Conditions were so comfortable that they decided to settle in for awhile and, in typical goose fashion, poop up a storm

In its coverage a few days later, the Leader-Post spoke to University of Regina biologist Mark Brigham about the environmental impact of a whole shit-load pile of geese crapping themselves silly in the park. If you check the link, you’ll see that he expected the water quality in the lake to be negatively impacted.

At the end of the interview, Brigham threw out the suggestion that with our surplus goose population, we should consider harvesting them and donating them as a source of protein to the food bank.

That’s a blog post for another day. But with the modest drop in temps we’ve experienced lately, most of the geese have departed for warmer climes. But there’s still wildlife in the park. In fact, there’s an animal in the photo I snapped when I was in the park for a walk today. Can you spot it?

2 thoughts on “Spot The Wild Animal”