Six In The Morning: Avoiding All That Sad Stuff.

1 WHEW. Tony Clement is heading a cabinet committee tasked with reviewing over 70 billion dollars of government spending. The plan IS NOT to slash Canada’s public service spending and pension funding. What HE’S talking about is respecting taxpayers and a culture shift in spending. Yep, culture and respect in the same breath. Can you believe it?

2 THE PAPERLESS REVOLUTION SUCKS Yeah, I said it. Encyclopaedia Britannica has stopped printing paper copies. The Chicago flagship company announced yesterday that they will not be printing in book form for the first time in 244 years.

3 STILL WORKING ON IT A survey conducted by Leger Marketing for the Alberta Council of Women’s Shelters uncovered some pretty alarming  results in discussions about domestic violence. Among other things, the survey found that nearly 10 percent of respondents considered it okay to hit a woman if she angered him, while 40 percent of respondents do not 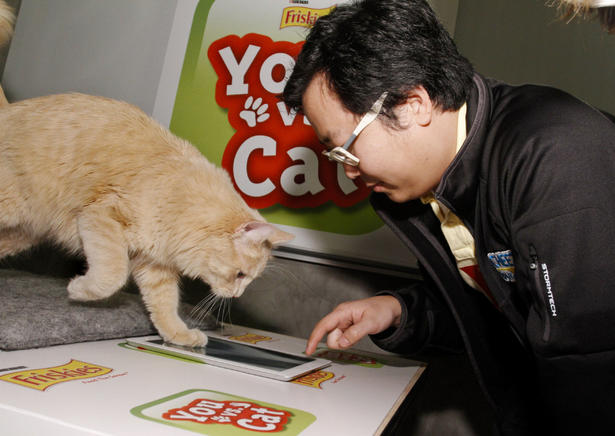 consider slapping a child in the face a form of domestic violence.

4 STUPID CATS? Well, why are they crushing their human counterparts in the first cross-species online game then?

5 TALKS Premier Brad Wall is telling us that he and Prime Minister Harper ‘talked’ about the funding gap between First Nation schools and those at the provincial level. That counts for something, I’m sure…

6 TWO MAN RACE Gingrich’s GOP bid is seen to be on life support following Santorum’s primary wins in Mississippi and Alabama, undermining the former speaker’s Deep South strategy. Side Note: Check out the Sandra Fluke theories coming out of the wordwork. Personal favourite: Obama sent her.