1. A BIT OF SENSE IN THE WHOLE ZERO DARK THIRTY DEBATE. Bringing some historical perspective and cogent thinking to the topic, Steve Coll’s piece in the New York Review of Books on the role of torture in Zero Dark Thirty is the best thing you’re going to read on the topic. Even if you haven’t and don’t intend to see the film, it’s still worth a read.

2. YOUR GUIDE TO ALL THINGS TE’O MANTI. So many strange and conflicting stories! Is Te’o Manti a victim of a cruel hoax? Is he the mastermind behind the vaporous Lennay Kuaka? Is Lennay Kuaka actually a real person? Is Manti is a young, closeted football player who went to absurd lengths to create (and kill off) an internet girlfriend? Let’s look at the evidence together and weep for humanity.

3. CLEAR! We’ve all known for a while just how awful Scientology is: how it fleeces the gullible out of their savings, runs a bizarre prison for disobedient members and cultivates an obnoxious religious argot based on abbreviations of words that don’t need abbreviating. But now it seems that cracks in its structure are widening. A long but fascinating read.

4. BREAKING, OBVIOUS, NEWS. IS THIS NEWS? As I write, Lance Armstrong is chewing his fingernails and telling Oprah Winfrey (and the rest of us) what we’ve known for some time: that his unprecedented string of victories happened with the aid of blood doping. Now Lance must be purified in the crucible of Oprah’s regard. Go Oprah! “Goprah.”

5. DID YOU KNOW THAT ‘DEAR ABBY’ AUTHOR PAULINE PHILLIPS APPEARED ON MR. ED IN 1964? The notion of a talking horse is unbelievably creepy. Can you imagine a horse’s mouth forming recognizable human speech? What would that voice sound like? Would it have a horsey accent? What would a horse even say, beyond the trivia of stable life? I mention this because Pauline Phillips has died at the age of 94, and she probably had some thoughts on horse speech. At the very least she’d know what the appropriate response would be to the presence of talking horses.

6. CAPITAL POINTE SOMETHING SOMETHING. The world’s most boring property development is located in Regina and it looks something is finally about to happen with that snow-covered lot where the Plains once stood. Actually, the news story is about how something hasn’t really happened yet, but with the filing of permits and approval of said filed permits, something could totally happen! Business!

Aidan is a very serious man who's saving up for a nice dignified pipe. Then we'll see who's laughing. View all posts by Aidan Morgan 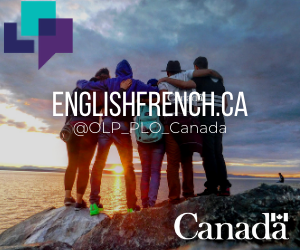