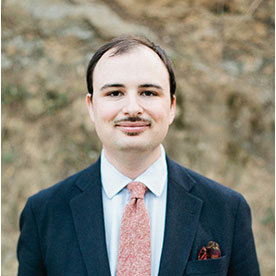 Change is tough, especially when it comes to changing something that’s been a certain way for 11-plus years. What makes it even more difficult is when you aren’t the only one who cares.

With The Sound of Young America, there are a good number of people who care, in fact. The longtime podcast and American public radio show, hosted by Jesse Thorn, has a sizable following of fans, many of whom donate to Maximum Fun, a group that also includes podcasts like Stop Podcasting Yourself, Judge John Hodgman, and My Brother, My Brother and Me.

When Thorn decided to change the name of The Sound of Young America to Bullseye, there was the chance some people might be upset. But, so far so good, Thorn told me recently.

“When we really knew what we were trying to do and we conveyed that to people who loved The Sound of Young America, they were on board right away,” he said. “I have gotten zero complains about the name change.

“I at least expected … whenever you change anything you get a lot of complaints. I’ve gotten basically nothing. The worst that I’ve gotten are a couple of tweets that are just like, ‘I’m going to miss the old name.’ I’ve gotten more negative tweets about this moustache I grew recently.”

Compare that to the reaction he got when he made an offhand comment on his comedy podcast Jordan, Jesse, Go! There was a virtual nerd uprising on Twitter and on messages boards after that.

“When I said that I liked Community and said that I didn’t think it was better than 30 Rock,” explains Thorn. “Something I said in the presence of a cast member of 30 Rock, let’s be clear. Although, I do stand behind it, I do prefer 30 Rock. But yeah, Community is a funny show, but a funny show with very, very, very passionate fans who are very, very, very excited about finding someone who may potentially have put down their favourite show.”

Thorn’s preferences matter as Bullseye is all about finding the best in culture. Thorn, bringing insight and humour to the table, talks with people who are making some of the greatest cultural things out there. For instance, the second episode of the newly-minted Bullseye features chats with comedian Chris Gethard and essayist Lawrence Weschler as well as segments from rap blogger Andrew Noz and the advice-giving brothers of podcast My Brother, My Brother and Me.

Read my interview with Jesse Thorn about the change to Bullseye after the jump.

prairie dog: How did you name The Sound of Young America?

Jesse Thorn: I was 19, Gene [O’Neill] was 19, and Jordan [Morris] was 18. I wanted a name that had an absurd grandiosity to it. When we first got the show, we were on my college radio station in Santa Cruz, California. The show ran from 7:30 to 8:30 a.m. and that was before the campus shuttle starting running. We would have to get up in our dorm rooms at 6:30 a.m. and walk to the radio station, through the hills and dales of U.C. Santa Cruz. It was like a half-hour walk in the dark. It was the winter, so it was dark when we got up and foggy and often raining.

Basically, we just thought it would be really fun if we had a name that suggested we were really important and also ridiculous nicknames. That’s when we decided to call the show The Sound of Young America and we decided that I would be called Jesse Thorn, America’s Radio Sweetheart, Gene would Big Time Gene O’Neill, and Jordan would be Jordan Morris, Boy Detective. I think after 11 years, the impact of that joke may have faded.

Do you feel any kinship with … I know there are bands out there who, if they had thought their career would go anywhere, they would’ve put more thought into naming themselves.

You have to wonder if after their first record, Toad the Wet Sprocket sat around thinking, “Should we really have taken our name from that one Monty Python sketch?”

It seems like you’ve been toying with changing the name for a while. What was the final impetus for the change?

I have tried to change the name of the show many times over course of the past five or six years. Every time, I’ve been met with a wall of resistance from people who are used to The Sound of Young America being the name and who get the show because they know the show and care a lot about the show. I can understand that.

What really happened was that we realized that when we talk to public radio program directors, the people who decide what runs on public radio stations, they really saw the show through the lens of its name. That meant that what they saw it as was if not a kids show, then almost like a youth interest show, an affirmative action show. Sort of the young people version of National Native News or Latino U.S.A. That isn’t really what the show is. I think the show certainly is younger overall than a lot of public radio, but really what the show is about is the best stuff in popular culture and I think that is a perspective that has been missing from public radio a lot. I think that we do a great job of that.

I wanted to take away that point of confusion. I also knew that if these people who were public radio program directors who theoretically knew a lot about the show were having those issues, then certainly random people who had the show recommended to them or ran across it by happenstance in iTunes would be having the same problems, where they would be saying, “What is this, some kind of weird, children’s political show?” And I had heard from enough people who said, “At first I didn’t listen to it, because I thought it was some kind of weird, children’s political show,” that I figured there must be a lot of people I wasn’t hearing from who didn’t listen because they thought it was some weird, children’s political show and then continued to not listen.

Comparatively, Bullseye is descriptive of what you’re going with for the show, but it’s also more of a cypher. People can fill in what they want it mean a lot more. How did you choose that?

I think we were hesitant to go with the classic public radio name, which is a popular turn of phrase transformed with new meaning into the name of a show, such as All Things Considered or As It Happens. Just because there can only be so many of those.

We wanted something that was simple and had a sense of fun and energy but wasn’t a joke, because whenever you have a joke in the fundamental name of something, you run the risk of, without context, 25 or 30 per cent of people aren’t going to get the joke and you’re going to lose them and there’s no reason to have that happen. We were really struggling with it and we came close to naming the show probably the ultimate cypher name, which is More with Jesse Thorn, which basically couldn’t be more of a cypher unless we named it “Radio Show with Jesse Thorn”.

We were really working on coming up with something that had some energy, that felt like our show but wasn’t dumb or embarrassing. It was actually Roman Mars, who is a great public radio producer who makes a brilliant show called 99% Invisible, who suggested Bullseye. It was just something in a list of random things he came up with.

I was just like, “That’s perfect,” because it feels like … I don’t know, to me, it feels like something is happening. It has that sense of action. That sense of being on target is really what I want to convey the show is about. It’s about things we’ve picked specifically, the exact things. There’s no happenstance of who appears on Bullseye. We don’t ever interview someone because they’re famous or they’re in the news or they happen to have an interesting story. It’s because they make the best thing. Because we love what they do.

It right away was the right thing. I just went to my wife [Theresa Thorn], and I said, “Theresa, what do you think of ‘bullseye’? Roman just e-mailed me ‘bullseye’.” She was like, “Yeah, that’s it.” I called Nick [White], our editor, and Julia [Smith], our producer, and said, “What about ‘bullseye’?” and they were both like, “Yeah, that’s right.” It was such a weight off my shoulders, because I had been trying to come up with something I wasn’t embarrassed of for six years.

That careful attention to guests is something that’s always been the case with The Sound of Young America. How much will be changing with the new name, though?

I think that it was really an opportunity for us to do something that I’ve never had the chance to do, which is to take a step back and look at the show holistically and say, “What are the choices that we’re making because they are advised choices and what are the choices that we make just because we’ve been putting on a show every week for 11 years, many of them years that I was working by myself to make a show completely by myself with no feedback of any kind. We actually brought in Roman because I just admire his work so much and he got what we did because I wanted someone to be there and help us have some perspective, because I thought that perspective was the essential element. When you make a show every week for 11 years, it’s really hard to know what it’s like. It’s really hard to see the forest from the trees.

Essentially, we thought about what we loved about the show and how we could do more of that and how we could convey that clearly. Having listened to only one episode –– because of money our version of the pilot process is just to make an episode and put it on the air, it’s not to iterate it a million times and do some focus groups and stuff –– but having listened to the first show, I think we’re really doing what we want to do.