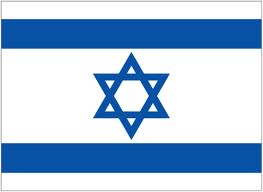 Even with the recent move by the Saskatchewan government to provide expanded public funding for associate/private schools the situation here is much different than it is in Israel, so I don’t mean this post to be alarmist. It’s more a cautionary warning because in Israel a lot of concern has been expressed lately with the ultra Orthodox component of the Israeli education system which comprises about 25 per cent of students.

In Saskatchewan, associate/private schools, most of which are faith-based, must follow the provincial curriculum and meet other academic requirements to receive public funding. In Israel, that’s not the case. In ultra Orthodox schools, this Associated Press article says, students typically don’t do much in-depth study of subjects like math, science and the arts. Instead, they focus mostly on religious studies. This has led to a marked decrease in the performance of Israeli students in international tests in comparison to students from other countries (another contributor to this poor performance is the underfunding of education for Arab Israelis). As adults, ultra Orthodox Jews are ill-equipped to function in the job market, and the Israeli government apparently provides significant welfare payments to thousands of ultra Orthodox Jews so they can survive.

Also, the self-segregation that the ultra Orthodox community imposes on itself leads inevitably to culture clashes with mainstream, largely secular Israeli society. In December, there was quite an uproar when a Jewish woman riding a bus route frequented by ultra Orthodox Jews declined to give up her seat near the front of the bus and sit at the back in deference to Jewish males as is the practice in the ultra Orthodox community. Secular Jewish girls and women who, in ultra Orthodox eyes, are regarded as dressing and behaving immorally are also subjected to harassment.

Ultra Orthodox Jews are also hard-line proponents of expanded settlements in the occupied West Bank which is a huge stumbling block to any peace agreement being reached between Israelis and Palestinians in the Middle East. And that’s a problem we all have to deal with.