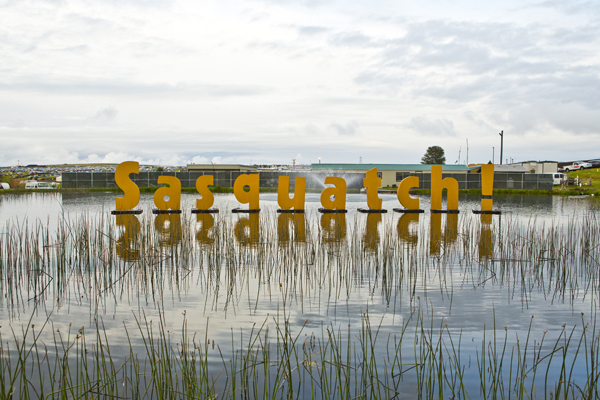 Day 4 started dark. Morning rains established themselves as quickly as hangovers.  The music fans at Sasquatch! didn’t let up. Gathering inspiration from unusual sources (presumably Gatorade, Advil, and Tums) fans filtered into the festival grounds, despite the poor weather.

The payoff for venturing into the rain was swift and sweet. Canadian bands Elliott Brood and the Barr Brothers put on a phenomenal pair of performances at the intimate Yeti stage.  Elliott Brood played at 1pm and everyone within ear shot was instantly interested in the show the moment they played the first note and a dance party ensued. The Barr Brothers followed up. Despite some sound issues caused by the rough weather the Barr Brothers, pump organ, harp and all, delivered a great set of songs. The show was a little less dance party, but a lot more slide guitar.

There are tons of Canadians at Sasquatch so no surprise that both of these well-known Canadian bands were well supported on Monday afternoon. Rain or shine, these shows were Yeti stage highlights. 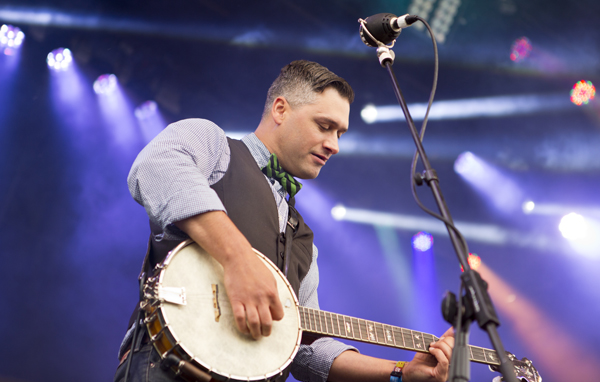 Elliott Brood plays at the Yeti stage at Sasquatch 2013.

Elliott Brood plays to a Canadian crowd at Sasquatch. 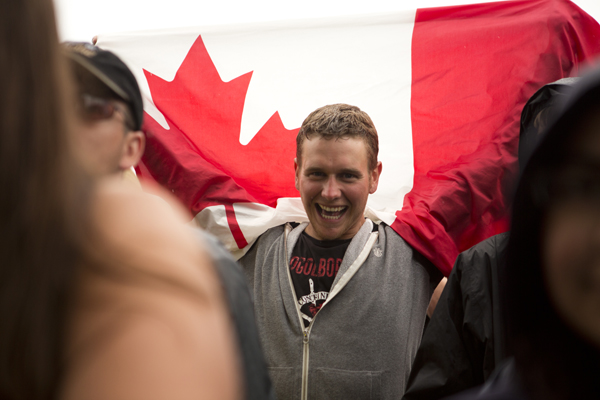 The Bar Brothers play at Sasquatch 2013.

Thom Green, drummer for Alt-J, plays to a excited crowd Monday at Sasquatch.

Joe Newman of Alt-J plays at Sasquatch on Monday.

The Postal Service closed out the festival at Sasquatch 2013.