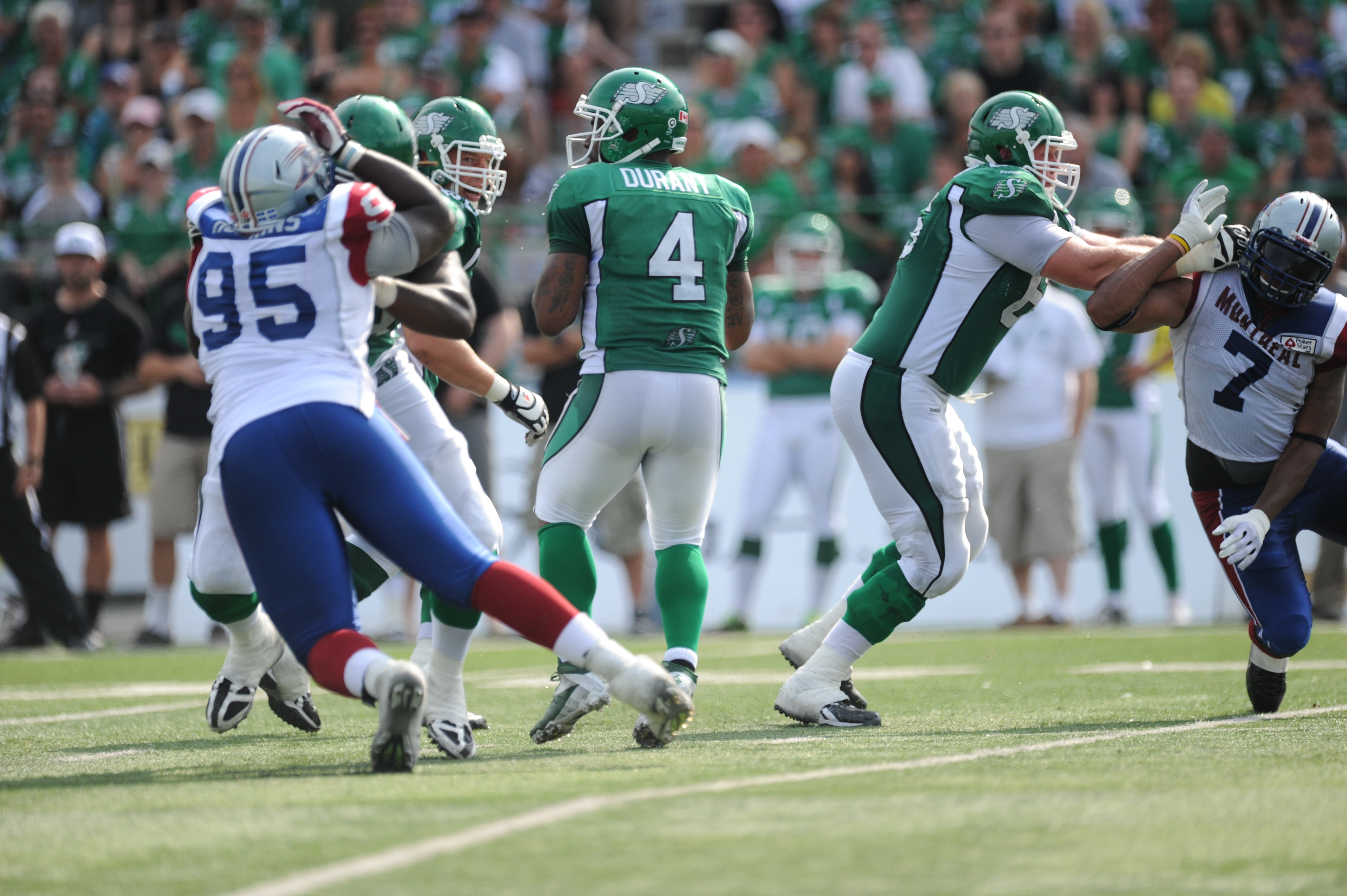 The Riders take the field at Mosaic Stadium at 5 p.m. today to face the Montreal Alouettes. Prior to their last home game against the Toronto Argonauts on July 26, they were coming off a bye week that, despite being early in the season, seemed to come at a good time as up until then the Green & White had been struggling to regain the form on offence, defence and special teams that propelled them to a Grey Cup title in 2013.

Since the bye, the Riders have reeled off three straight victories: 37-9 over Toronto; 38-14 over the Redblacks in Ottawa on Aug. 2; and 23-17 over the Bombers in Winnipeg on Aug. 7. The victories give the Riders a 4W-2L record, and help them keep pace with the four other teams in the hyper-competitive CFL West where only two points separate first from last.

Most of the points earned by western teams have come at the expense of eastern opponents, and that’s a trend that should continue today against the 1W-5L Alouettes. On defense, the Riders have been pretty dominant during their winning streak. They lead the league in QB sacks with 26, and in the last three games have forced 13 turnovers — including an interception and fumble recovery that were returned for TDs against Winnipeg, providing the margin of victory in the hard fought contest.

Without the veteran presence of retired QB Anthony Calvillo, Montreal has struggled on offense all season. With rookie QB Troy Smith on the shelf with an injury, former Winnipeg QB Alex Brink will start. The Als have also revamped their offensive coaching staff, bringing in a new receivers coach and hiring former CFL/NFL pivot Jeff Garcia as QB coach, while former Rider QB Ryan Dinwiddie remains offensive coordinator. That will likely result in a few wrinkles being added to the Als offence, but that won’t necessarily translate into success against the Rider D.

After today’s game, the Riders have a stretch of three games against West division opponents starting with the B.C Lions in Vancouver on Aug. 24, followed up by the annual Labour Day home-and-home series against Winnipeg. Leaving two points on the field against the Als today would be a definite step backward for the Green and White. But assuming the Riders don’t self-destruct on offence and special teams with turnovers, penalties and big plays against them it’s hard to see that happening.

Game time at Mosaic Stadium is 5 p.m. As usual, TSN has the broadcast, and more info can be found on the Riderville website.

One thought on “Riders Vs. Montreal Alouettes”