RFF Fridays Are Supposed To Be The Weird One, Right? 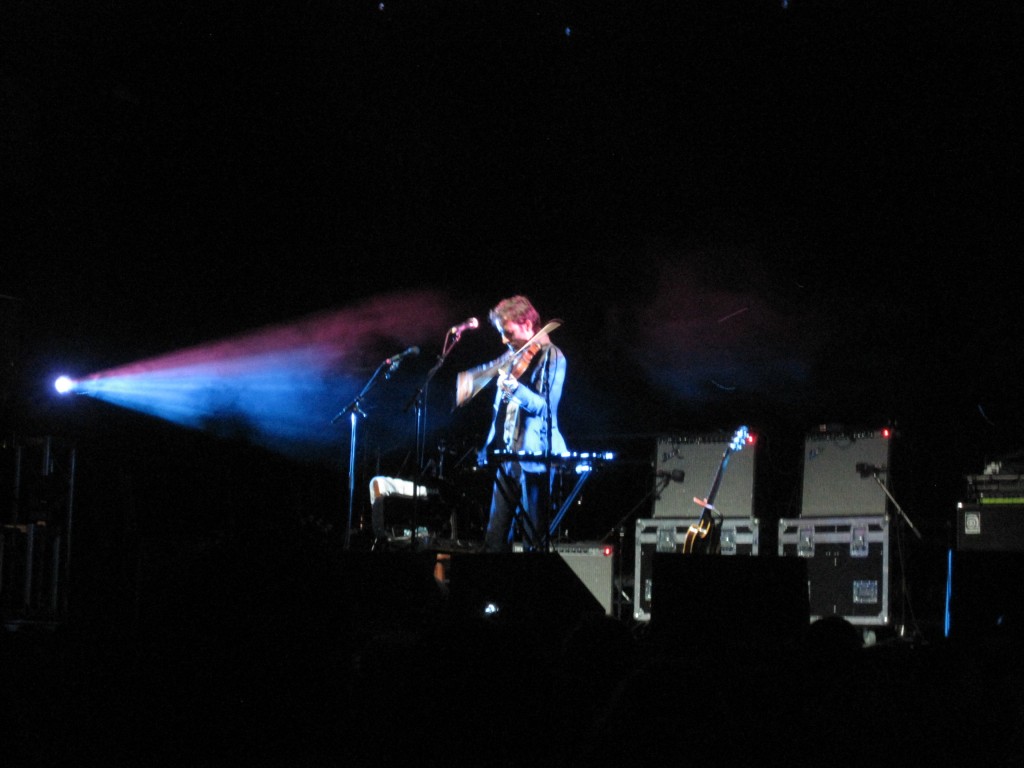 Ah jeez. Lemme have another go.

Friday night of the Regina Folk Festival is normally where some of the more rocking artists or some of the artists with more cache cachet with kids in their twenties get slotted. (This is all depended on my sometimes-foggy memory, so bare bear with me if this is a faulty premise.)

That was largely true last night, especially with artists like Braids and Andrew Bird. But man, an artist must give a festival programmer some problems.

He was consistently amazing. His songs are completely reinvented from the records in a impressive and exciting ways. It’s always understood that Chicagan Bird was a violin guy, that that was his thing first and foremost, but that was never entirely clear listening to the records. Something like Armchair Apocrypha has such a big palette going on that the violin is just another part.

Live, it’s the thing a lot of the time. He would go into fantastic instrumental constructions, proving himself really adept with his looping pedals, even if he did have to restart three songs shortly into them.

All that said, he’s a quiet artist. At his loudest, if some dude-bros behind you are going on too loud, they could still ruin a song for you, right until you put on your middle-aged parent face and tell them they need to quiet down while you’re listening to your violin music.

A note on the headliner: something was up with the sound. It might have been where we were standing, but every time KT Tunstall would pick up her electric guitar, we could barely hear it. One theory running among the guitar nerds I was standing with was that none of it was even coming through the monitors, that it was all from the onstage amp. Shitty.

But also, it sounded weird throughout. Huge priority given to the bass, but what’s new there when it comes to live sound. There were a bunch of songs when Tunstall had to motion to the onstage sound tech to crank her guitar up more. What was up?

One more note, this time from the after-party at the German Club. Rah Rah was first on, and they were playing a good selecting of tunes off both their full-lengths. That was nice, given I hadn’t heard a bunch of the Going Steady songs live since Breaking Hearts had come out.

At one point, Jeanette Stewart of Slow Down, Molasses came from the backstage and, arms spread, stage dived into the audience. Thankfully, some of her band mates were there to catch her, since I don’t know that Rah Rah are exactly crowd surfing music by any means.