Review: Thor 2 Works, but the Marvel Universe May Be Heading for Trouble 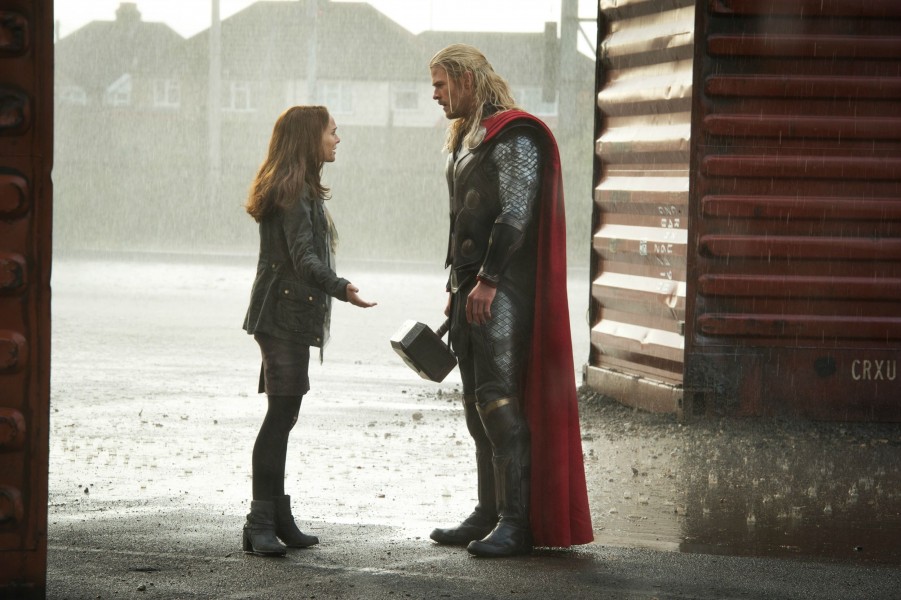 As commendable as are Marvel’s efforts to establish a movie universe akin to the comic book one, the company’s endeavor is showing some precariousness. Marvel may be overextending itself trying to integrate characters in a cohesive timeline. Each one of its movies carries a level of junk to establish connections and continuity, a strategy that never felt as forced and clunky as it does in Thor: The Dark World.

This is not to say the Thor sequel is a bad movie. In fact, it’s tremendously entertaining. It has several plot lines running at the same time that for the most part blend nicely. But the forced references to events featured in the Avengers movie as well as the presence (or absence) of pivotal characters stop the film on its tracks. More problematic is the table setting for the next Marvel film and an upcoming episode of Agents of S.H.I.E.L.D. Sure, Thor: The Dark World is a standalone affair, but you can foresee there will be a time this won’t be the norm.

The Dark World is mostly set in Asgard. Thor (Chris Hemsworth) and his fellow warriors have brought peace to the last of the nine realms. Alas, the harmony is short-lived: Some vicious creatures known as the dark elves have awakened and are bent on destroying the universe. Their weapon of choice is a primordial substance of enormous destructive power known as aether, which somehow has landed inside Thor’s love interest, Jane Foster (Natalie Portman).

As vague as their motivations are, the elves do some serious damage. Enough to inspire Thor to get Loki (Tom Hiddleston) out of captivity. The princes of Asgard may be a better match against the invaders, but their (reasonable) distrust for each other makes the whole enterprise a highly volatile affair.

Director Alan Taylor, a Game of Thrones veteran, caters to the geek fandom far more than any of the previous helmers to take on Marvel properties. Deep cuts from the comic mythology make their way into the film confidently, assuming audiences have developed a degree of sophistication after oh-so-many superhero romps.

Even though Chris Hemsworth is increasingly comfortable as the demigod and Natalie Portman brings more to the table than a pretty face, they are no match to Tom Hiddleston as Loki. The bitter, scheming Loki steals every scene he is in, as the audience still has no idea how much trust to place in the character. I can’t be the only one hoping for a Loki movie.

Problem is, next to Loki, the dark elves and their leader Malekith seem like a bunch of simple malcontents. Christopher Eccleston (Doctor Who number nine) does his darndest to seem threatening, but without motivation, it just comes out as a bully. The absence of a strong villain reverberates through the entire film, as well as Kat Dennings’ flagrant comic relief role. Dennings is often great, but here her one-note character is more obnoxious than funny.

Towards the end, Thor: The Dark World loses its nerve and brings back the action to Earth, in spite of the superb action set pieces in Asgard. How many times can Marvel use the same stakes? “Earth is in danger!” “Oh, it must be Thursday.” Three hammered prairie dogs.