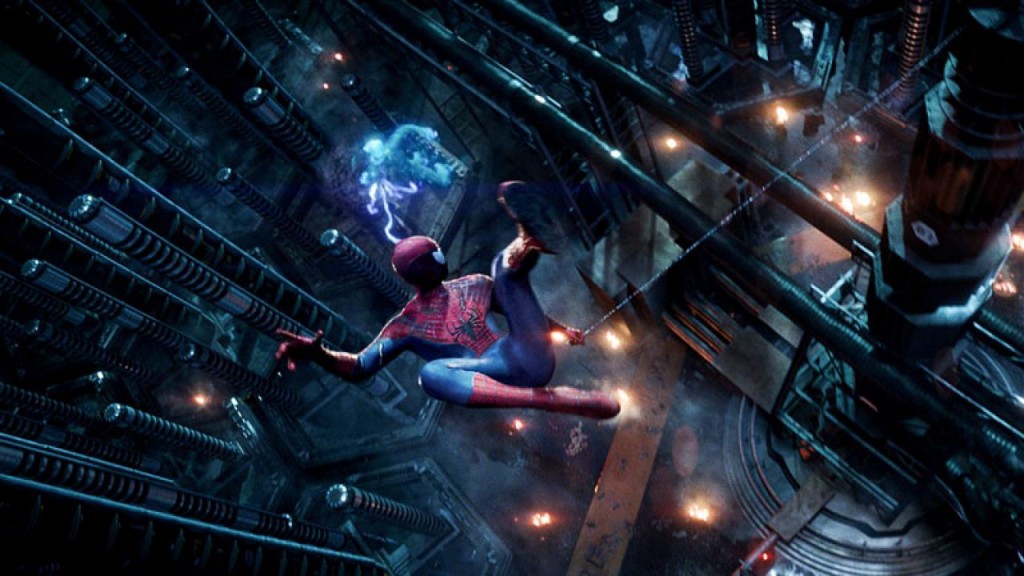 Do you know what happens to a spider when it’s struck by lightning?

After almost botching the reboot two years ago, The Amazing Spider-Man 2 faced a tall order: Not only needed to show a noticeable improvement over the first film. It had to set the stage for the next two Spidey flicks and a spin-off (Sinister Six).

I’m here to tell you TASM2 is certainly better than its predecessor but highly uneven, with some seriously flat characters and a very powerful conclusion (one of the best Marvel endings to date). More than unveiling a cohesive plot, the film is stuffed with shabby storylines of which only a couple work.

Once again, The Amazing Spider-Man 2 strongest assets are Andrew Garfield as Peter Parker and Emma Stone as Gwen Stacy. Their on-off romance provides the backbone for the movie: Peter is reluctant to continue with the relationship as he doesn’t want to risk Gwen’s wellbeing. His efforts are practically in vain as his girlfriend works for Oscorp, the villainous corporation obsessed with human enhancing.

This time around, the Oscorp employee turned deranged super-villain is Max Dillon (Jamie Foxx), a meek engineer who is electrocuted several times until becoming a human power box (don’t try this at home). Dillon has serious self-esteem issues and sees his new condition as an opportunity for revenge. Electro is possibly the neediest villain Spider-Man has ever faced.

Along with Electro, Harry Osborn (Dane DeHaan) makes his first appearance in the saga. A slick operator and childhood friend of Peter’s, Harry inherits two things from his absent dad: A massive economic empire and a genetic disease. Osborn is under the impression Spider-Man’s blood could cure him, but the hero knows how unpredictable the outcome may be.

There is a lot of plot in The Amazing Spider-Man 2, and it takes two hours 20 minutes to go through it. The very expensive scriptwriters Roberto Orci and Alex Kurtzman (Transformers, Star Trek) are okay at creating segments, but are not particularly good at developing with overarching ideas. Director Mark Webb seems more in charge than last time (when he was overridden by special effects), but gives the film no room to breathe.

TASM2 would be completely dismissible if it wasn’t because of the final twenty minutes. (Minor spoilers ahead) The showdown between Spidey and one of the three villains presents massive stakes and has seismic consequences. All the sudden, emotional investment takes over and your heart skips a number of beats over the fate of the leads. The incident in question and the aftermath should have taken more than one sixth of the movie, particularly when you have actors to pull it off (end spoilers).

I wish The Amazing Spider-Man 2 was more focused on telling a story than starting a franchise. The Avengers universe took a long time to assemble, but now can do no wrong.

Two and a half spider-dogs.