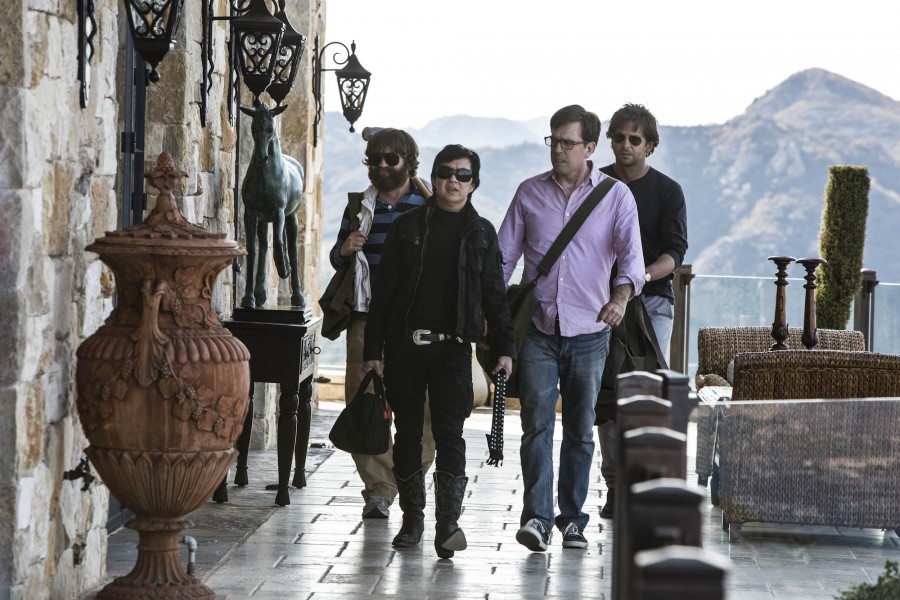 Certain single words could define The Hangover Part III. “Greed” is one of them. “Laziness” is another one. This is a saga that shouldn’t exist to begin: The first film – the only half decent of the bunch- wasn’t supposed to start a franchise. It was a standalone story much like director Todd Phillips previous films (Old School, Road Trip). Only unchecked avarice could turn the paper-thin concept behind it into a trilogy.

After the pathetic Part II (which was beat-by-beat the same as Part I with a different setting), Phillips and co. put a little more effort for their third go-around. Gone are the bachelor party set-up, the noir-esque reconstruction of events and convicted rapist Mike Tyson (animal mistreatment is, however, very much present). The outcome is a complete bore, filled with people that couldn’t wait to get out of their contracts.

Following the death of his father, an increasingly unhinged Alan (Zach Galifianakis) is convinced by the rest of the Wolfpack (Bradley Cooper, Ed Helms and Justin Bartha) to enter a psychiatric treatment center. On their way to the facility, the group is intercepted by a gangster (John Goodman) with a beef with the obnoxious criminal Mr. Chow (Ken Jeong). The Mafioso believes the Wolfpack can smoke him out, or the perennially sidelined Doug will pay.

Early in the movie, while pursuing Mr. Chow, the Wolfpack lands in Tijuana. Extreme debauchery, you say? No, just Ken Jeong massacring Johnny Cash’s “Hurt”. As inconsistent as The Hangover movies have been, this is the first time boredom rears its ugly head. Alan, once the heart of the franchise, is now an off-putting presence (the decapitation of a giraffe makes harder to root for this alleged hero).

None of the leads seem to care enough to put a performance (Cooper particularly, now believed a serious actor). Since the material is not quite inspirational, it’s hard to blame them. Mike Epps and Heather Graham are brought back into the fold just to pretend the trilogy was the plan all along (a la Lost), but all they do is remind us how much better the first movie was.

Inspired by Heart of Darkness (Vegas is a stand-in for the jungle and Chow is supposed to be Kurtz), Part III lacks the ambition to follow through. If anything, the film puts in evidence the shortcomings of all the involved. In the case of Todd Phillips, these limitations are vast.

One prairie dog with a major headache.