REVIEW: Suicide Squad Doubles Down on a Problematic Universe 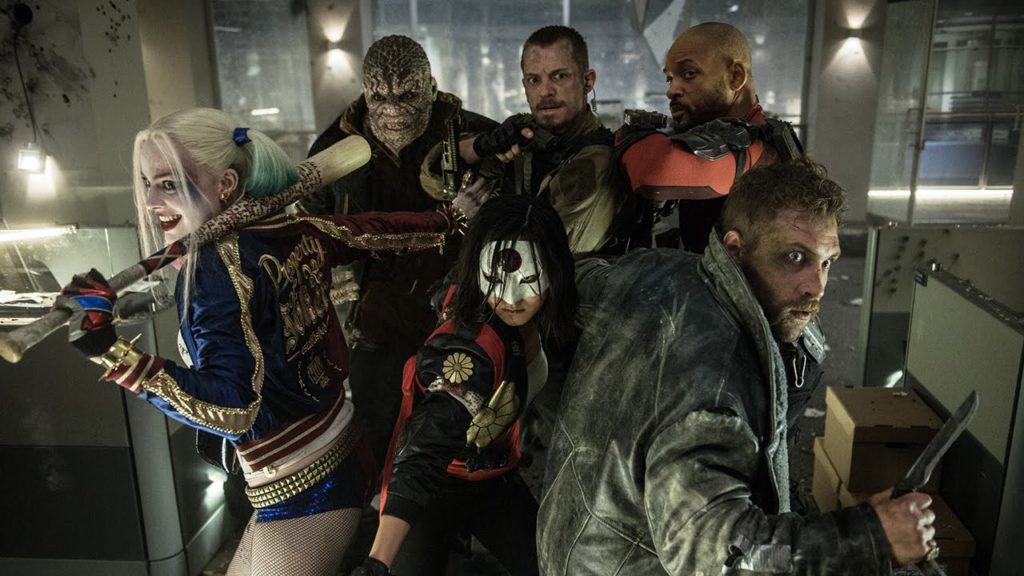 A couple of disclaimers before getting to the review of Suicide Squad. I don’t have strong feelings towards either Marvel or DC. The Dark Knight is a superb film, so is Captain America: The Winter Soldier. Similarly, Batman v Superman: Dawn of Justice is indefensible and Iron Man 2 is lazy. I just care for good movies, no matter the source.

Based on the trailers, it seemed that Suicide Squad could be the movie to correct the course for DC. It looked fun, the casting was on point and David Ayer was in charge. Ayer knows action and can deliver tightly wound action romps (End of Watch, Fury). Furthermore, he has a workman-like approach to filmmaking and presumably wouldn’t be weighed down by auteur affectations like Zack Snyder.

Fat chance. While Suicide Squad is not worse than Batman v Superman, it has the same problems that have plagued the DC universe: A senseless script, editing at service of commercial considerations (as opposed to the story) and painfully inconsistent characters. If nothing else, at least Will Smith, Viola Davis and Margot Robbie are watchable, even as the movie collapses around them.

The setup is promising: In order to compensate for the absence of Superman, shady government operative Amanda Waller (a badass Davis) puts together a team of dangerous criminals to deal with potential threats. The squad includes killer for hire Deadshot (Smith), the Joker’s girlfriend (Robbie), a guy who can control fire (Jay Hernández) and an assorted group of criminals with rather lame superpowers (Captain Boomerang? Give me a break). Also, a witch (Cara Delevingne).

Here you’ll find the first problem with Suicide Squad. At the time Amanda Waller puts together the team, there isn’t a clear threat to justify its existence. Her overconfidence over having these meta-humans under control causes the emergence of the movie’s Big Bad. If Waller hadn’t done anything, nothing would have happened. Unlike what you may have gathered from the trailers, the Joker (Jared Leto) is not the main villain. In fact, he could have been cut off the film to not noticeable effect.

The last half hour Suicide Squad becomes Ghostbusters with a body count. It’s such a flagrant infraction, it’s mindboggling. While many of the movie’s problems can be adjudicated to editing (it’s unwieldy at best), the script is a hodgepodge sprinkled with random flashbacks and foreshadowing. The film feels rushed to the point of whiplash, de facto destroying any possibility of character development except for Smith and Joel Kinnaman’s Rick Flag.

There are other issues worth mentioning:

– Adam Beach’s role as Slipknot is edited to shreds. While everyone else gets a flashy presentation, his character is introduced offhandedly.

– For all his preparation to play the Joker, Jared Leto’s version of the character is just ok. This Joker is clearly a psychopath, but doesn’t have the agent-of-chaos streak that made Heath Ledger’s version so compelling.

– A good chunk of the movie relies on Cara Delevingne debatable histrionics and her non-existent chemistry with Joel Kinnaman.

– While Jai Courtney is a good sport as Captain Kangaroo, sorry, Boomerang, his character is mightly erratic. He has the perfect out and for no good reason discovers nobility.

– What does Killer Croc do, outside having bad skin?

– The villain should be able to dispatch ninety percent of the squad without breaking a sweat, yet she does the stupid thing time and time again. Her powers are never established or outlined. She is just “powerful”.

Suicide Squad is not a complete disaster. The combination of gritty cinematography and candy colored lights gives the film a unique look. The team coming together is fun, same as watching them hang out and discuss the nature of evil (all too briefly). I wouldn’t mind to see more of Will Smith’s morally compromised Deadshot or overtly psychotic Harley Quinn.

Three movies in, it’s clear this incarnation of the DC cinematic universe is not working. With two more films already in production, I doubt Warner Bros will pull the plug, especially since money-wise, the franchise is not entirely hopeless.

From a creative perspective however, the DC cinematic universe is broken. Perhaps Wonder Woman may deliver a win next June, but is fair to wonder if the fans will come back after being let down time and time again. Two increasingly frustrated prairie dogs.