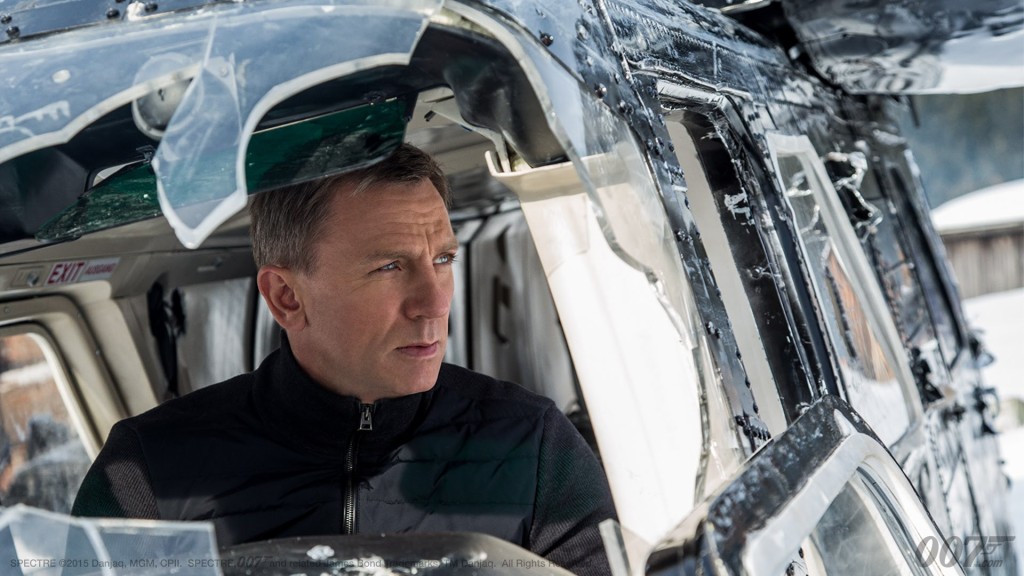 Daniel Craig leaves an impossibly high bar for the next Bond.

(Spoiler alert: While I won’t reveal any of the major plot twists featured in Spectre, some mild disclosures are required to review the film. If you want to go in blind, come back after seeing it.)

By most accounts Daniel Craig and Sam Mendes’ final James Bond entry, Spectre bears the responsibility of bringing the current incarnation of 007 to an end. As the speculation over who will suit up next rages, lets reflect on Blond Bond’s legacy.

Craig’s four films as Bond are head and shoulders above every other version of the secret agent, including Connery’s (sorry, purists). Two of them –Casino Royale and Skyfall– transcended the pre-established structure and delivered thrills and emotions fans of the franchise didn’t know existed. Vesper Lynd (Oscar-worthy performance by Eva Green) became the parameter all Bond girls were measured against. Judi Dench’s tenure as M came to a heartbreaking end at hands of a deranged supervillain with mommy issues. It has been quite a ride.

Which brings us to Spectre. Outside some questionable reverse-engineering to tie all four movies together, Spectre is an effective final chapter, one that focuses on modern Bond fans in the first half and classic 007 followers in the second one. Problem is, both groups are not all that compatible.

Freed from the existential crisis that plagued him in the other three movies, Bond is having fun on the job for a change. 007 has been clued in about a criminal organization operating in the shadows, headed by Oberhauser (Christoph Waltz, doing his fussy villain thing), a man with ties to Bond’s own past.

Meanwhile, MI-6 is under a different kind of attack. A preppy national security expert nicknamed “C” (Andrew Scott, Sherlock) plans to scrap the “Double 0” program and base all intelligence operations on a common depository of information. Basically, Big Brother.

The plot unfolds in predictable fashion, punctuated by some superb action scenes. The opening sequence –set in Mexico City during the Day of the Dead parade- demonstrates how at ease Craig and Mendes feel with the character. Spectre features a complex seven minute-long take that outdoes every other intro in the history of Bond. It’s so much fun, other set pieces pale by comparison. Director of photography Hoyte Van Hoytema (Interstellar) keeps things simpler than Roger Deakins in Skyfall, but gets the point across.

While the returning cast (Ralph Fiennes as “M”, Ben Whishaw as “Q”, Naomie Harris as Moneypenny and Rory Kinnear as Tanner) is strong and given plenty to do, the newcomers don’t fare as well. Lea Seydoux’ character is designed with Vesper Lynd in mind and doesn’t come close. Monica Bellucci is underused and is at the center of the least welcome throwback to Bond of yore. You’ll recognize it when you see it.

Then there is Christoph Waltz. The two-time Oscar winner gets fairly limited screen time (his presence is supposed to loom large over the story when not around) and plays the part the same way as he approached his roles in Inglourious Basterds, Big Eyes and Django Unchained: genial and menacing, with a touch of nonchalance. I’m starting to wonder about Waltz’ range.

No matter the shortcomings, Spectre delivers quality fun at a scale few other movies can pull off. Here is hoping if Craig doesn’t come back, campy Bond (Brosnan, Moore) stays away. Three and a half prairie dogs with licence to dig.

Spectre opens this Thursday night at the Galaxy in Saskatoon and Regina.