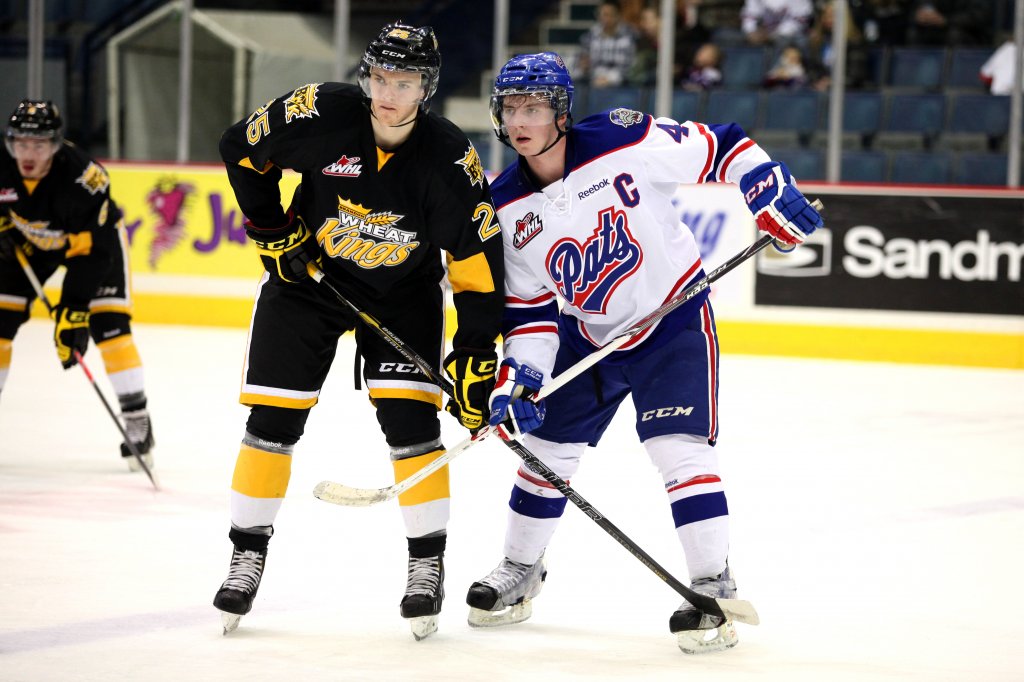 Tonight, the Pats play host to the Wheat Kings in the second game of their best of seven WHL East Conference quarter final. The teams kicked off the series last night at Brandt Centre, and after tonight’s game the action will switch to Brandon for games three and four on March 26 and March 28.

The Pats surprised many WHL observers this year who picked them to finish well-back in the standings. Instead, they captured the East Division crown with a 39W-26L (plus some overtime points) record. That placed them in the middle of the pack in the Eastern Conference behind Edmonton Oil Kings, Calgary Hitmen and Medicine Hat Tigers, but because they won the East Division they received the second seed behind Edmonton.

Brandon, meanwhile, barely scraped into the playoffs with a 34W-29L record, but gained a bit of momentum when they swept a home-and-home series against the Pats on the final weekend of the season. In fairness to the Pats, they weren’t fighting for their playoff lives, and were also banged up with four players on the shelf, including top goal scorer Dyson Stevenson, No. 1 goalie Daniel Wapple, captain Kyle Burroughs (pictured) and fellow defenceman Colby Williams.

The status of those players is still uncertain, but under rookie head coach Malcolm Cameron the Pats have generally exceeded expectations over the 2013-14 season. Their track record in the playoffs, though, has been pretty underwhelming over the last 30 years. Will this be the year the Pats make some noise in the playoffs? That will be determined in the weeks to come.