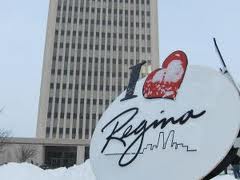 Crunching Canadian Mortgage & Housing Corporation data is something Paul Dechene usually does for Prairie Dog. But he’s knee-deep in Christmas with his family so I’ll do the honours this time.

A couple of days ago a post appeared on BuzzBuzzHome by Monica Warzecha that examines shifts in the residential rent market in major Canadian cities over the last 10 years. It turns out that in that time, Regina had the largest increase. The figures are for a two bedroom apartment, and between 2003 and 2013 rent in Regina jumped from $589 a month to $1018 a month for an overall increase of 72.84 per cent. Edmonton and Calgary registered the second and third largest increases over the past decade at 58 and 52.2 per cent respectively.

If you check Warzecha’s post, you’ll find data on vacancy rates and actual rents as well. As of 2013, Montreal’s boasts the lowest average rent among Canadian cities at $730 a month. Rents in Winnipeg and Halifax are also below $1000 a month. At the top end of the scale, Vancouver, Calgary and Toronto have the highest monthly rents for a two bedroom apartment ($1281, $1224 and $1213 respectively).