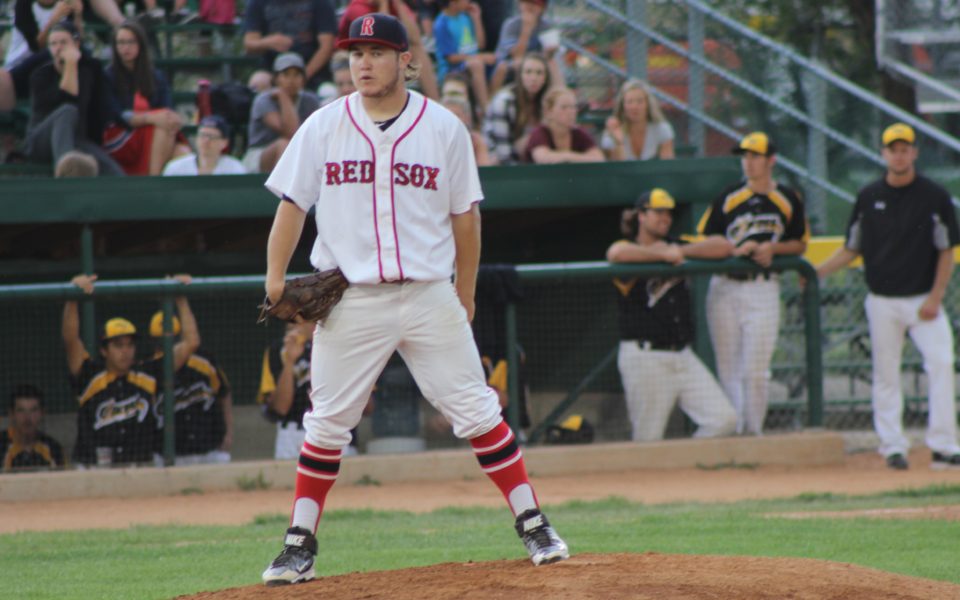 The Regina Red Sox opened training camp last Sunday, and as of mid-week players were still trickling into town after winding up their college seasons down in the U.S. So until the team gets a few more practices in, and actually takes the field in a few games, it’s pretty much impossible to tell how they will stack up against the rest of the teams in the Western Major Baseball League.

Last season, the Red Sox didn’t post the best regular season record, finishing just below .500 with 23 W and 25 L, but they caught fire in the playoffs, making it all the way to the WMBL final before being swept by the Lethbridge Bulls in three straight games in the best of five series.

Regina baseball fans will have their first chance to see the 2016 Regina Red Sox in action when they host the Weyburn Beavers in their home opener at Currie Field on Sunday May 29 at 2 p.m. The Sox play their first three games at home before they hit the road, in fact, so fans will have a great opportunity to get an early read on the team. Following the home opener, there’s games against the Yorkton Cardinals on Tuesday May 31 at 7 p.m. and the Moose Jaw Miller Express on June 2 at 7 p.m.

To find out more about the 2016 Regina Red Sox coaches and players visit the Red Sox website.