So the west side of 18th and 19th block Scarth St. have no power. Here’s the scene from the ally behind O’Hanlon’s. Yes, that IS steam rising from charred, black ground. Hmm! Well, I’m sure if everything wasn’t fine someone would tell me about it.

UPDATE: Turns out I’m not lazy/incompetent enough to NOT call SaskPower, dammit. So I did. Nice media lady Heather says the power outage was the result of a transformer blowing. Power was shut down by SaskPower for the safety of workers (and I presume everyone in general). Power is apparently back in some places, although I just checked with Special Agent Norton at the O’Hanlon’s bureau and all is dark and sad there. The pub is now closed but its humans hopes to reopen at 9:00.

As of right now, SaskPower and SaskEnergy are looking for the cause of the problem. Heather couldn’t give me a timeline for the full restoration of power. Speculation: no “on” switches will be flipped until they figure out what, exactly, so artfully scorched the back of the Canada Life building.

More photos after the jump. 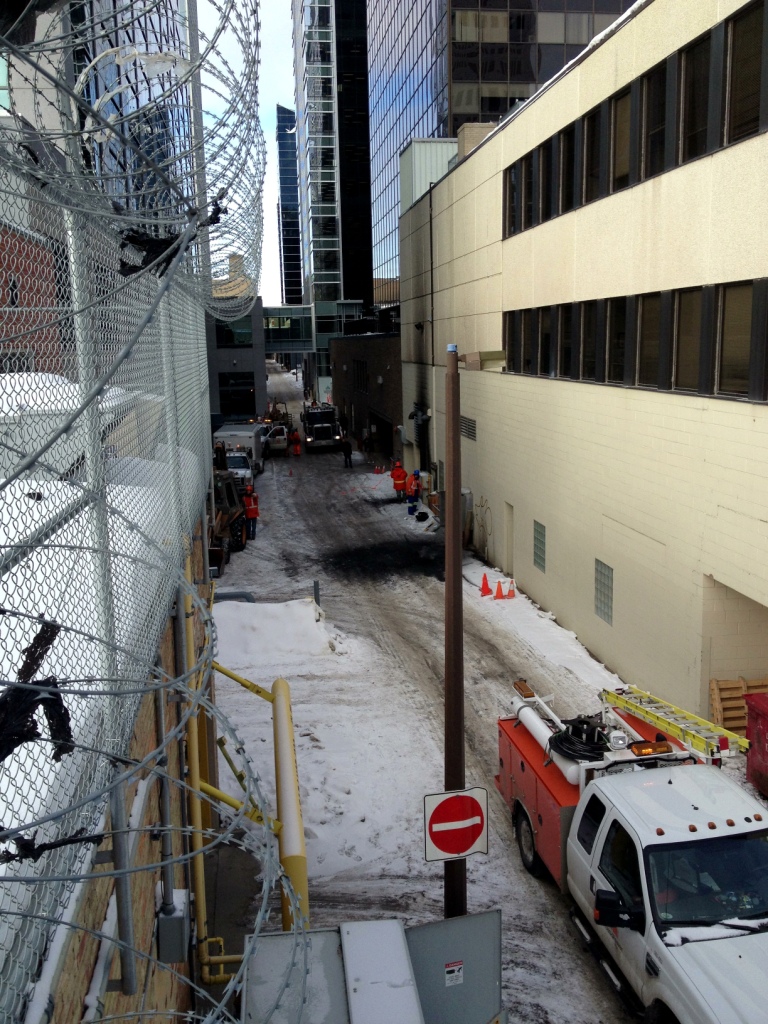 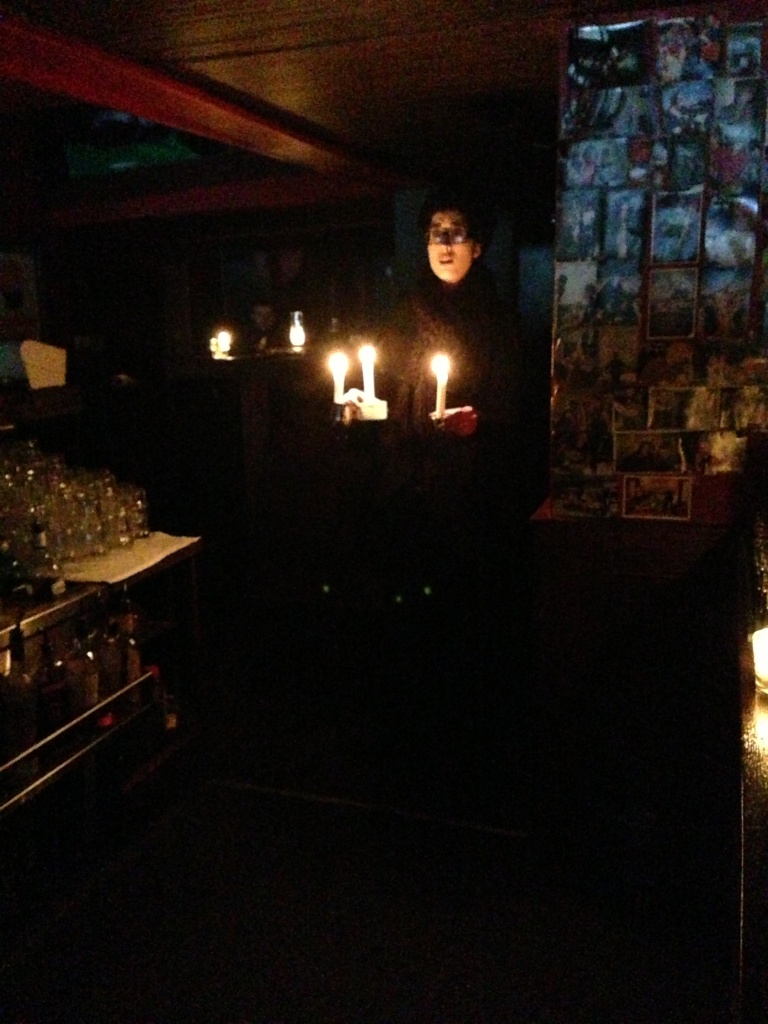