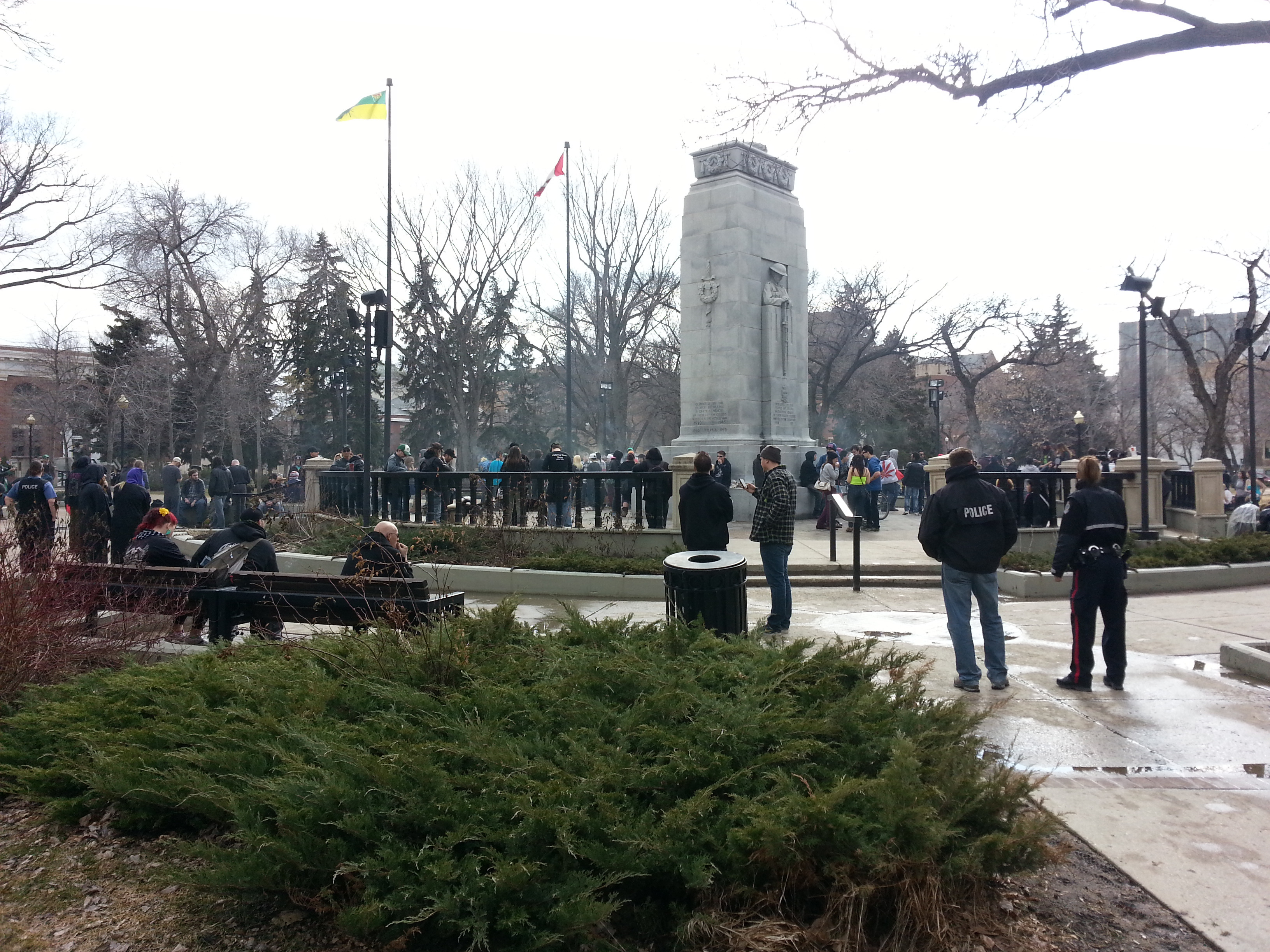 Last year 4/20 in Regina coincided with the Saturday of Juno Award weekend. With scads of musicians and music fans in town from all over Canada that could have made for a pretty sweet rally.

Unfortunately, it also coincided with an incredibly late spring so there was about three feet of snow on the ground in Victoria Park and the temps were in the sub-zero range. Today, as you can see from the above photo, things were somewhat greener and warmer (and smokier).

If you haven’t read it already, we had a major feature on marijuana in our April 17 issue that explored issues related to both medical and recreational use. 4/20 is a pro-marijuana rally that’s been held on this date in cities around the world since 1995. The largest Canadian rally is typically in Vancouver. But there was a pretty decent turnout on Parliament Hill in Ottawa today too.

3 thoughts on “Pot Party In The Park”