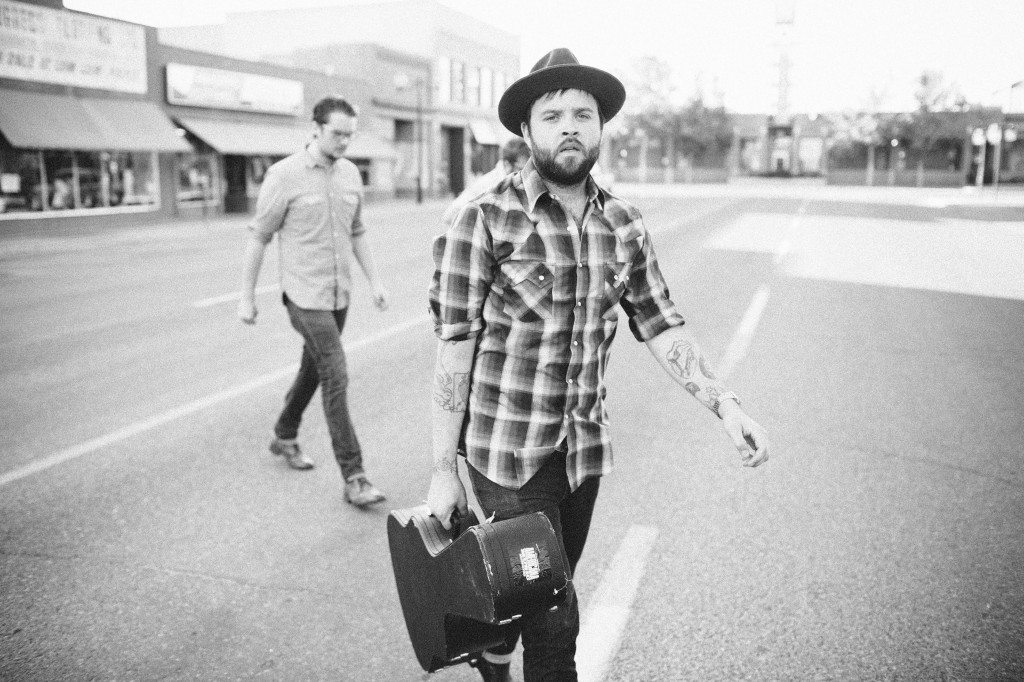 When Leeroy Stagger and his band take the stage tonight — the first headliners to do so over at the Artful Dodger — odds are they might blow the doors off the place. Radiant Land, Stagger’s latest, is a rocker first, even if he’s singing in the style of all the alt-country greats. This batch of songs might just start a party.

Not only that but, according to Stagger, he’s got another album already getting prepped to go for next year. He describes the sound as “a little bit of Queens of the Stone Age meets the Stooges rock”, which should be a big departure for the man. Until then, we can all take a lot of pleasure in his new album.

Read below for part of the chat I had with Stagger, including how he recorded Radiant Land and his problem with capitalism these days.

I don’t know if you know this, but you’ll be the first concert at the venue you’re playing in Regina. I thought I’d ask you — what makes a good place to play for Leeroy Stagger?

Anywhere where there are people who want to see a show. I kind of like the old, smelly rock bars.

That seems like your sound on the new record.

Yeah, especially on the new record. I love playing anywhere, to be quite honest. I don’t give a shit as long as people aren’t being rude. I think the Artful Dodger is set up to be a good venue. I’m looking forward to it.

The new album was recorded in three days. What was it about this album that made you decide to do it like that?

Partially out of necessity, because we only had a few days off when we were in Nashville. That’s the main thing. We also had a vibe going on that seemed that the urgency was suiting us best. We’d been on tour for a month and touring all over the U.S. It was a really tough tour — a lot of driving and a lot of empty rooms. We had a lot of piss and vinegar that came out in the recordings.

When you have three days to record a record, what’s the vibe like in the room?

Well, the quest was never to make a record. We were demoing some stuff. After the first day, the first few hours, we realized we had something special going on. The vibe was — I guess the word is, “Kinda vibey”. We were in this great space, playing through this great gear and getting down some mojo. It was all happening.

Being able to do it like that, did it allow you connect with the classic roots rock past like Steve Earle that your sound is often linked with?

I don’t think any Steve Earle record was ever made like that. More than anything, it rekindled my love of loud guitars. A lot of loud distortion. A lot of more vibier songs, in the vein of Crazy Horse. Well, I might not go that far. A lot of Rolling Stones, too. A lot of Stones records, they weren’t done quickly but they were done live off the floor, in the moment. As long as the vibe was there, it was easy to overlook any flaws.

A lot of that comes through. Right from the first track, “Dirty Windshields”, you got shit-kicking guitars coming through.

Yeah, definitely. There’s definitely more of a Steve Earle vibe on that song than anything else on the record. I played mostly acoustic on the album, an old 1960s Guild, and it was just beautiful, really well taken care. All the electric guitars were all ‘60s. I don’t think there was anything made after ’69.

In contrast with what might be a retro sound or any retro gear you used, there’s some very contemporary stuff you talk about on the album, like on a song like “Capitalism Must Die!” What inspired that song?

That tune was actually recorded in my studio in Lethbridge — there were two or three on the album that were recorded here. It’s not — it’s a political song, but it’s also tongue-in-cheek as well. I think after travelling in the States for two months and seeing the effects on the economy and all the jobs being shipped over seas and to Mexico. I think they’re really struggling. That was part of it. I had also seen that Michael Moore documentary, Capitalism: A Love Story.

It was an observation on how things are turning out in America. I didn’t want to get up on a soap box and preach, but it was like, “This is going down. Something’s not working here.”