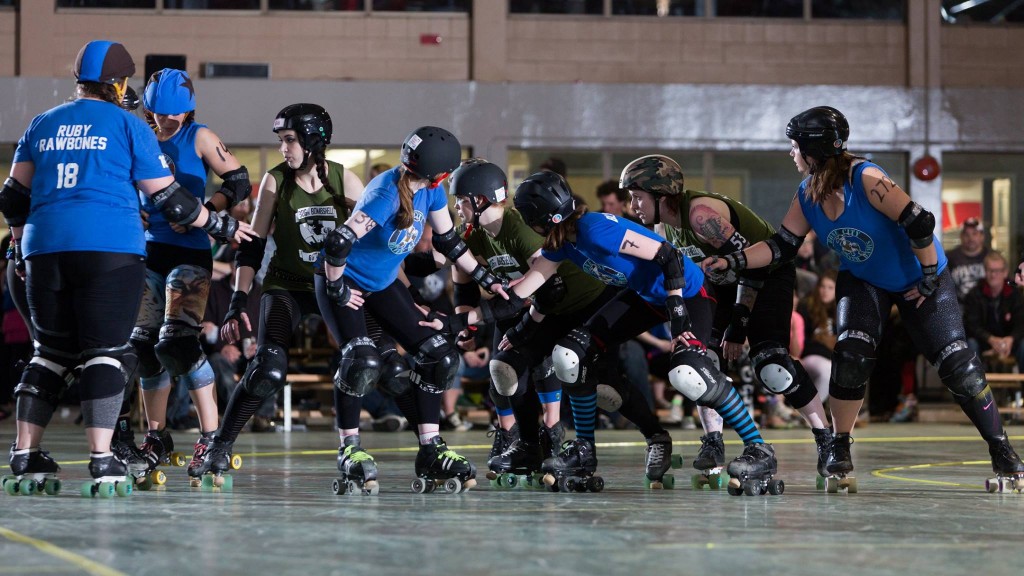 The 2015 Roller Derby season is winding down in Regina. The last bout of the year will happen at the Callie Curling Club on the Labour Day weekend (Sept. 5, to be exact). Before that happens, though, there’s a bout on Saturday, Aug. 8. The bout is titled Regina vs. Rocanville, so it would seem that a team will be coming to the city from the town of Rocanville — which is located near the Manitoba/Saskatchewan border, and is apparently home to the largest oil can in the world.

As with the other bouts held during the season, there’s a junior bout at 4:30 p.m., and the headline bout goes at 7:30 p.m. The Callie is located at 2225 Sandra Schmirler Way near the airport, and tickets are $12 advance and $15 door, with children 10 and under admitted free. For more information, visit the Pile ‘O Bones Derby Club website.