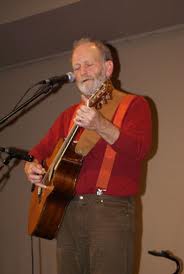 Three snippets of trivia about iconic Canadian Folk singer Valdy who performs tomorrow night at the Exchange at 8:30 p.m. in a concert presented by Grassroots Regina.

2. His song “Yes I Can” was featured in the 1972 heist flick The Getaway which was directed by Sam Peckinpah and starred Steve McQueen and Ali McGraw.

3. Valdy, who lives on Saltspring Island, played the role of an environmentalist named Halibut Stu on the long-rnnning CBC show The Beachcombers.

To close, here’s video of him performing “Ordinary Man” in Sundrie in 2009.