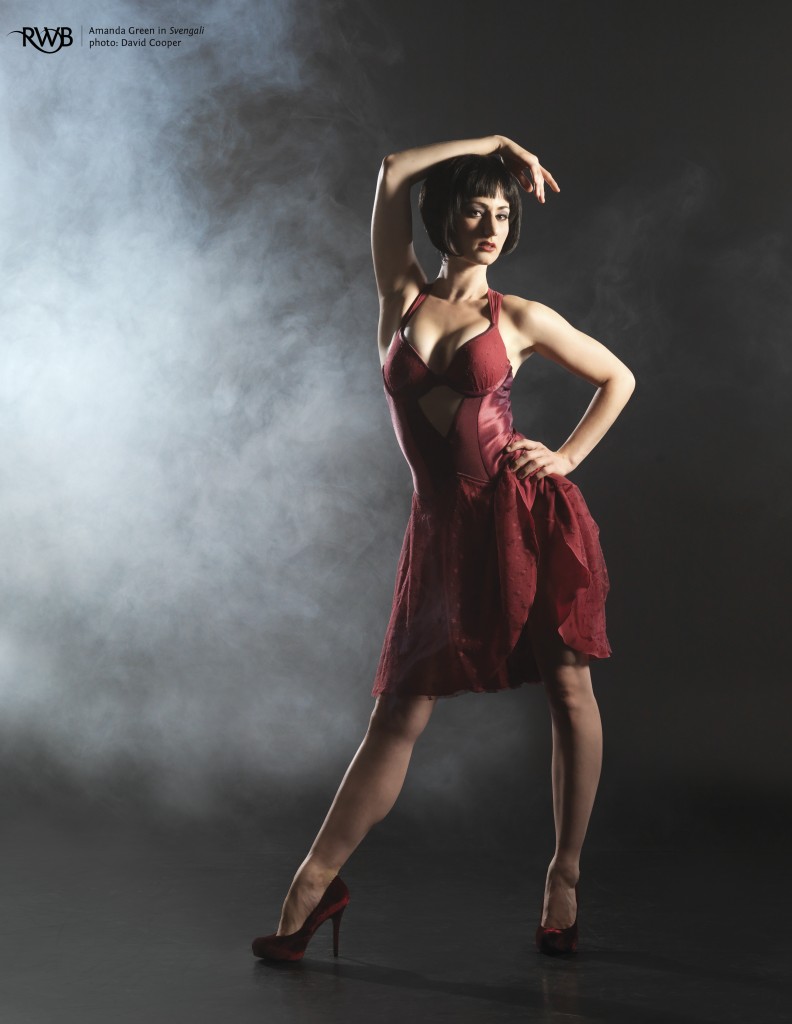 In 1894, George du Maurier published the novel Trilby. In modern terms, it would best be described as a psychological thriller. Set in Bohemian 1850s Paris, it’s about a young and beautiful singer named Trilby who falls under the spell of a charismatic music impresario and teacher named Svengali. She becomes a star, but at a terrible price.

I’ve never read the book. But I do remember seeing the 1931 movie. I don’t know if it was in deference to the male lead John Barrymore, but the movie was titled after his character Svengali instead of du Maurier’s heroine. Trilby was played by blonde ingénue Marian Marsh. In 1954 a colour version of the movie was made, and in 1983 Peter O’Toole and Jodi Foster starred in a made for TV production.

It’s a testament to du Maurier’s skill as a writer that the Svengali character so captured people’s imaginations that his name became an actual word used to describe someone who was beguiling, but also overly controlling and possessive.

As choreographed by Mark Godden (Dracula) for the Royal Winnipeg Ballet, Svengali, fittingly enough, has been transferred to the ballet world. Danced by Harrison James, Svengali is the weak-willed and sexually-repressed son of a tyrannical mother who runs a rigid ballet academy.

Enter Trilby (Amanda Green, pictured above). Young and talented, but raw, she falls under Svengali’s influence and becomes a star. That’s not the only change Godden’s made. He’s also set the story in the late Weimar Republic just as the Nazis are about to take over Germany in the early 1930s. There was still a bohemian spirit in the air, though, and that’s reflected in the plot, which sees Svengali try to exploit Trilby by turning her into a risqué night-club dancer.

Rising RWB talent Sophia Lee plays another ballet dancer at the academy. She developed her character, she said in a late October phone interview, in collaboration with choreographer Godden and ballet master Tara Birtwhistle.

In doing so, she did draw on some experiences from her own ballet training. “For the role that I was playing, because we are actually ballerinas, I’m sure there are lots of dancers who go through what we do. Like dancers being jealous of other dancers who get more roles than them.”

Trilby, she adds, gets caught in the middle between Svengali and his mother. “The mother is trying to get her to be all proper, but then Svengali is trying to make her a star. At first she’s confused and can’t really decide on her own. But at the very end she does make a decision.”

That type of push-pull experience isn’t uncommon in the arts and entertainment world, Lee thinks. When an artist first starts out, it might be all about the work they’re creating. But then managers and publicity agents and producers get involved and things get more complicated.

“That was the exact thing I started to feel,” says Lee. “This is my first set of shows with the company. Before, when I used to perform, that’s all I did, and it was fun. But here, I found myself thinking ‘Oh, there’s going to be media. And they’re going to be interviewing me.’ I couldn’t help thinking about it, but I didn’t want to be stressed out about it and have it affect my dancing.”

In its Winnipeg debut in mid-October, Svengali drew a rave review from the Winnipeg Free Press’s Alison Mayes. She singled out the costumes and sets for special mention, and also praised its sexy style and the way Godden evoked the growing Fascist presence in Germany.

Svengali runs Nov. 8 at TCU Place in Saskatoon and Nov. 9 at Conexus Arts Centre in Regina.