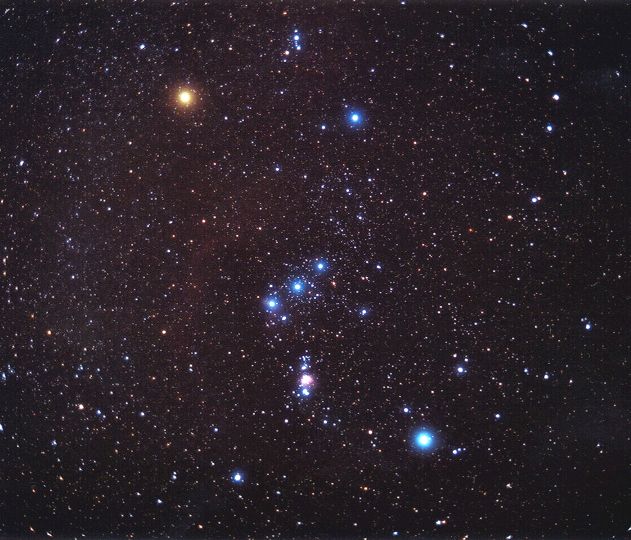 Periodically, the Saskatchewan Science Centre hosts a special evening program geared to adults. In addition to the usual array of hands-on exhibits and entertaining stage shows, there’s adult-appropriate refreshments and a theme of some sort.

Wednesday there’s another program in the series called Starry Night. It will run from 6-9 p.m., and assuming the weather co-operates will give people an opportunity to explore the night sky. Certain constellations like Ursa Major and Cassiopeia, which are located fairly high in the northern sky, are visible year-round. But other constellations can be seen only at certain times of the year depending on where Earth is in its annual journey around the Sun.

Had comet ISON survived its close approach with the Sun on Nov. 28 it would have provided a special treat at tomorrow’s event. As it is, everyone will have to content themselves with the usual constellations visible in the northern hemisphere in the winter like the one pictured above. Venus should also be visible in the south-west after sunset, and Jupiter will likely put in an appearance in the eastern sky.

For more information on Starry Night call 306-791-7914. And if anyone wants to identify the above constellation, please do so in the comments section.