Pick of the Day: The Burning Hell Touring in support of their 2011 release Flux Capacitor, The Burning Hell play a show at the Club tonight with folk troubadour Wax Mannequin.

Fronted by Mathais Kom (pictured), the band was founded in Peterborough, and is now based in St. John’s, Newfoundland. At different performances, the band sometimes hits double-digits memberwise. I doubt that will be the case tonight, as touring with that many mouths to feed would be bloody expensive. But I suppose you never know.

Check out the video of this live performance of “I Love the Things That People Make” from a few years ago. The stage was certainly crowded enough on that occasion, so maybe it will be again tonight.

And as an added bonus, here’s the video for Wax Mannequin’s song “End of Me”. 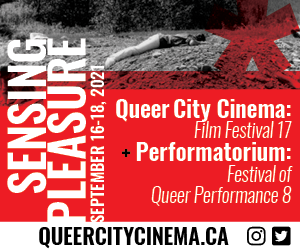