Pick Of The Day: The Book 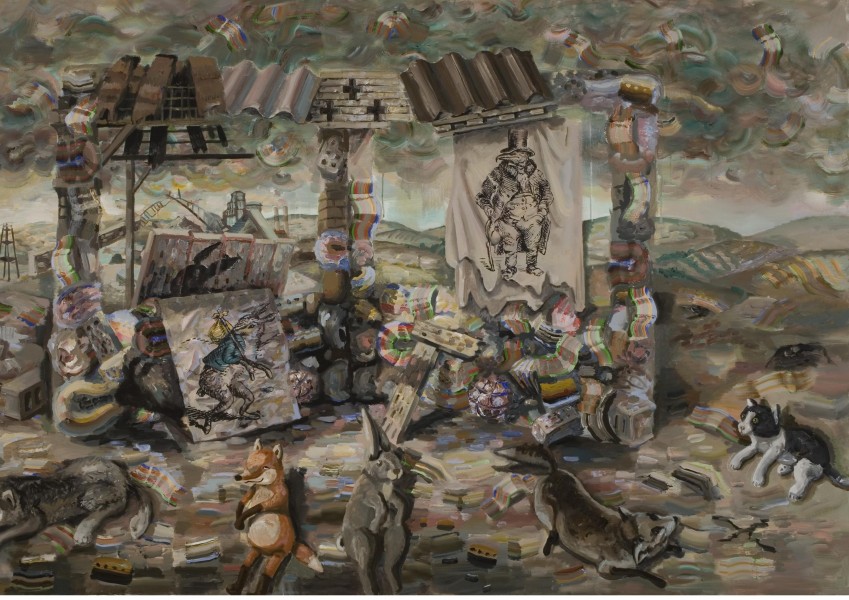 Based in Ottawa, Carol Wainio has practiced as an artist since the 1980s. In artistic circles in Canada she’s well-known. But in mainstream society, probably not so much. Although Wainio did receive a bit of a boost in the fame department last fall when she documented on a media blog that she writes an instance of plagiarism involving a 2009 column by the Globe & Mail’s Margaret Wente on how “enviromanticism” was harming Africa by hindering the type of development that was needed to help eradicate poverty and despair on the continent. Turned out that Wente had cribbed the column from a 2008 article by the Ottawa Citizens’ Dan Gardner.

When she’s not doing her media watchdog thing Wainio  paints. The Book is a recent body of work that examines the aesthetics and narratives of children’s story books and fairy tales — the tropes they contain, stereotypes they propagate, the messages of social control they transmit, stuff like that. There’s an opening reception for Wainio’s exhibition at the Dunlop Art Gallery tonight at 7 p.m., then on Saturday afternoon at 1 p.m. Wainio will give an artist talk. The Book runs at the Dunlop until June 2.

The above image is one of the works in the exhibition. The painting is titled Industrial Fairy Tale (2008). It’s from the collection of the artist, courtesy of Wynick/Tuck Gallery, Toronto