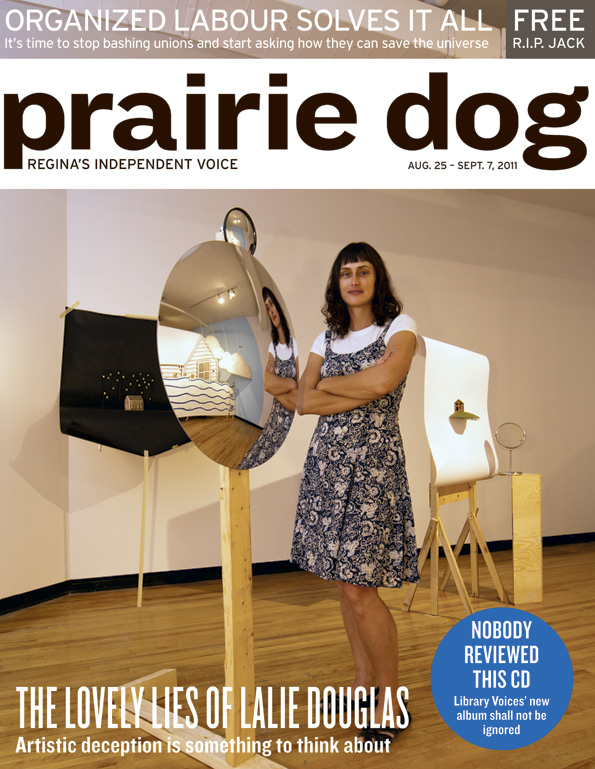 With students set to head back to class any day now, this summer-long lecture series featuring University of Regina Arts professors winds up today with a talk by Fidji Gendron & Sarah Vinge on Gardening With Native Plants.

Doing so would presumably allow us to cut back drastically on water consumption as many of the imported species that we’ve adopted over the years (like the green grass that adorns most yards in the city) aren’t indigenous to this area and must be supported with copious amounts of H2O.

Gendron and Vinge’s talk will be held at Neutral Ground Contemporary Arts Centre (201-1856 Scarth) from 12:15-12:45 p.m. And if you attend, be sure to check out the show by Lalie Douglas that’s on at the gallery throughout September (cover photo at left).