These aren’t your parents’ Muppets. Not exactly, anyway. Although this three-part film series that screens at the RPL Theatre on three consecutive Tuesdays starting tomorrow (June 1, 8 and 15) at 7 p.m. is curated by Heather Henson, who just happens to be the daughter of the late puppet-master Jim Henson. 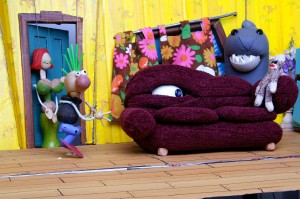 A graduate of the Rhode Island School of Design, Heather Henson has devoted herself to popularizing puppetry as an art form. Here, she presents  three programs of short animated films done by artists working with hand-made puppets.

The first two programs on June 1 and 8 are restricted to audiences 18 years and older, while the final program on June 15 is family-friendly and open to all ages.