Pick of the Day: Films for Foodies 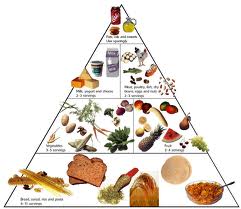 I am not a foodie. I mean, I eat in the sense that I ingest nutrients in order to sustain my body and mind. But I don’t really relish the experience of eating and drinking. But many people do. So they’ll doubtlessly enjoy the three films that the RPL Theatre is screening this weekend under the heading “Films for Foodies”.

Playing tonight and Saturday at 7 p.m., and Friday and Sunday at 9 p.m., is The Trip. It stars  Brit Steve Coogan as a restaurant reviewer who gets dumped by his American girlfriend and ends up touring several restaurants in northern England with his friend (fellow comic Rob Brydon). Here’s the trailer.

Playing tonight at 9 p.m. and Friday at 7 p.m. is El Bulli. It’s a documentary about three-star Spanish chef Ferran Adria who closes his restaurant each year for six months while he and his staff decamp to Barcelona to plan and test a new menu. Trailer here.

Finally, Saturday at 9 p.m. and Sunday at 7 p.m. A Matter of Taste is screening. It’s a doc about 24-year-old New York wunderkind Paul Liebrandt who has wowed critics with such dishes as “eel, violets and chocolate” and “espuma of calf brains and foie gras” — it’s not that I subsist on KFC, processed cheese, rice krispies and nutella, please understand. It’s just that I don’t put a ton of time, energy, and money into buying/growing food, preparing it, and eating it. If you want to eat calf brain and fatted goose liver mousse go ahead. I’m sure it’s very delicious. It’s just not a priority with me. Here’s the trailer for A Matter of Taste.