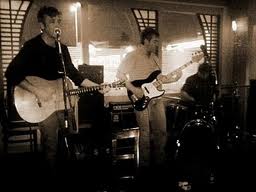 Local celtic punk rockers West Port Murders are scheduled to reunite for a gig at the Harvest King Records Xmas party on Dec. 29 at the Exchange. Before that happens, though, WPM frontman Cam Wensel has this gig at O’Hanlon’s Pub with his new band which features contributions from  Judd Stachowski (The Bystanders) and Phillip Legrand (the Nancy Rayguns). Roots rock and country best describes their style and according to their MySpace site they recently released an EP called Births, Deaths and Marriages.

Backing up Black Drink Crier is Tiny a.k.a. Chris Matchett who just happens to be the subject of the My Music column in our Dec. 16 print edition.