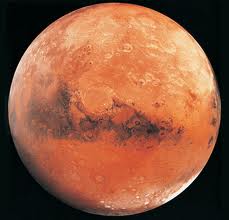 I don’t want to jinx anybody as the probes have yet to arrive, and while the success rate has been pretty good in the last decade or so, we still have a so-so track record when it comes to missions to Mars, but in the next month two probes are scheduled to complete their long journeys from Earth and arrive at the Red Planet.

The first, which is nicknamed Mangalyaan, was launched by the Indian Space Research Organization on Nov. 5, 2013, and is scheduled to arrive on Sept. 14. The second probe goes by the acronym Maven (Mars Atmosphere and Volatile EvolutioN). It was launched by NASA on Nov. 18, 2013, and will begin its final approach to Mars on Sept. 21.

According to this mid-August article in Discovery both probes are on track for successful arrivals at Mars and have passed different tests to ensure their instrument packages are fully functional.

Apparently, Mangalyaan has limited instrumentation, so it won’t be conducting a massive study of Mars. Instead, the mission is more to showcase India’s expertise in spacecraft construction and mission operations, with some capacity to study the Martian surface, mineralogy and atmosphere.

Maven’s scientific mission will focus on possible causes for the loss of atmosphere and water on the Red Planet. Geological studies have revealed that the planet was once much wetter than it is today, and that it also had a much denser atmosphere. But over millions of years, those properties, which are pretty much indispensable to life as we understand it, were lost. Any answers that scientists find will help us understand better the evolutionary processes that planets undergo and their impacts on climate and atmospheric viability.