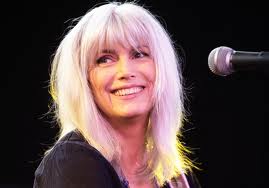 Judging from an ad that’s scheduled to appear in tomorrow’s edition of prairie dog the Regina Folk Festival has finalized its main stage line-up for the 2012 festival which goes August 10-12 in Victoria Park.

Saturday night, Great Lakes Swimmers will be first up, followed by Serena Ryder & the Heartbroken, Elage Diouf, Austra and Stars.

Finally, on Sunday night, the Barr Brothers will open the evening, followed by Pokey LaFarge & the South City Three, Alejandra Robles and Arlo Guthrie, with Emmylou Harris (pictured) closing out the festival.

To get your blood pumping on this Wednesday morning, here’s a link to Austra performing “Beat and the Pulse” at the 2011 SXSW Festival.