If you were a fan of indie Canadian rock in the early 1990s the Lowest of the Low out of Toronto was likely on your radar. Fronted by Ron Hawkins (guitars, vocals) with David Alexander (drums), Stephen Stanley (guitar) and John Arnott (bass) the band released two albums Shakespeare My Butt (1991)  and Hallucigenia (1994) before breaking up.

In 2000, the band reunited for a series of live shows that resulted in a live album called Nothing Short of a Bullet. They subsequently released a new studio album called Sordid Fiction in 2004, and have gigged together intermittently since then.

On Friday May 13, the Lowest of the Low — with Dylan Parker (bass) and Lawrence Nichols (keyboard, vocals) joining Hawkins and Alexander — will be in town to play a show at Casino Regina. Backing them up will be the Regina band Coldest Night of the Year.

You can find out more on the Casino Regina website. And to get the memories flowing here’s the video from 2011 of the Lowest of the Low playing their song “For The Hand of Magdelena” 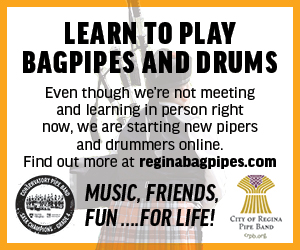