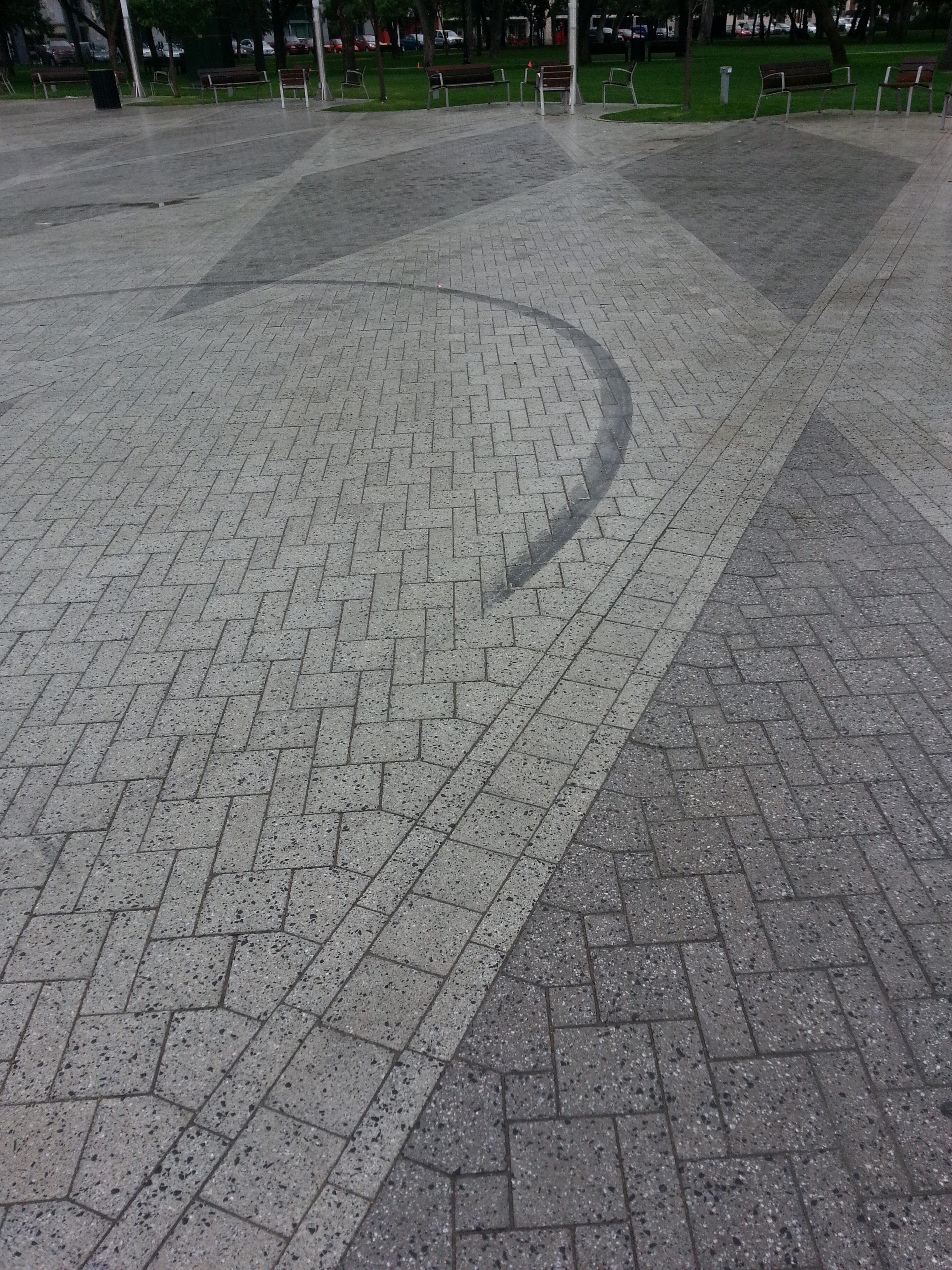 I remember doing an interview a few years ago with the City of Regina’s Denise Donahue when City Square Plaza was under construction where she talked about how, once the plaza was built, motorists would be “invited” onto the space and share it with pedestrians.

I’m not opposed to the idea of motor vehicles travelling through the area, but when the idea was first proposed I envisioned an inset road of some sort that would direct and contain the traffic while still allowing full use of the plaza during special events when it was closed to vehicular traffic.

That’s not the way it turned out, of course. And many times, such as the above photo taken earlier today shows, vehicles stray off the prescribed path  and abuse the terms of their invitation — which is hardly surprising, drivers being drivers and all.