In Lieu Of A Top Six, Rosie Discusses The Stadium That Never Was 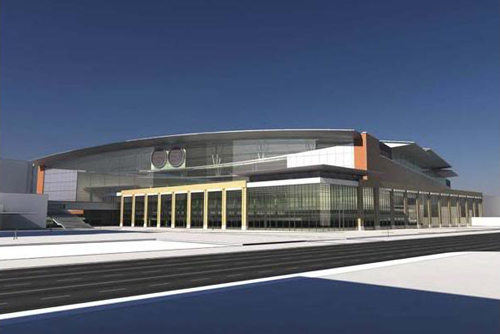 Wednesday afternoon I got a frantic phone call from Stephen Whitworth … there’s a whole bunch of whatever happening concerning the proposed downtown domed stadium in Regina, and since you’re the resident jock, could you post something?

But when I think about the concept of the proposed facility, I think back to a guy I knew who took a kamikaze run for the Saskatchewan Party in 1999 in a north Regina riding. The secret to understanding how the Saskatchewan Party thinks – at least the current level of Sask. Party leadership, he says – is to understand that they have a losers’ mentality. Few of the party member higher-ups have ever succeeded in areas outside the political world – especially in the business world – and, therefore, they blame the policies of the New Democratic Party for their own inadequacies, or for endorsing policies and programs that make economic sense – or would have if they were the ones doing it.

So it will be as the proposed domed stadium project meets its doomed end, probably on my birthday, 1 March (yay me) (Leader-Post). This whole project, in retrospect, looks as if it was planned by second-year university students who were the Saskatchewan jockdom equivalent of Dungeons and Dragons fiends hopped up on Jolt Cola and the fumes from the carpets in their parents’ basement. “Hey, guys! Let’s have a domed stadium! Yeah. Like they do everywhere else!”

So, where do we look at where this project came off the rails? Good gravy, where do you start?

1. Calgary has more corporate head offices than any other Canadian city save Toronto, and has a population (about 1.25 million) – in an area about the size of metropolitan New York – than the entire province of Saskatchewan (1.05 million). And I don’t hear any talk in Calgary about how critical it was for the community to have a domed football stadium. Edmonton’s Commonwealth Stadium, built in 1978 and expanded in the 1980s, was designed in such a way that it could be easily domed. So why hasn’t it been domed? What do people in Regina know about the economics of domed stadiums that people in Edmonton and Calgary don’t?

2. Ten years ago, Mayor Fiacco got Regina city council to reverse its long-standing zoning policy to allow Cineplex to move its movie theatres out of the downtown. Suddenly, Cineplex had its theatres in Normanview and the Southland Mall, after arguing for years that Reginans didn’t want to park downtown , or use public transit, to come to the movies. Riddle me this: Reginans and Saskatchewanians won’t brave the wilds of Saskatchewan Drive to go see Hot Tub Time Machine or Jackass 3-D, but more than 30,000 to 50,000 will suddenly magically transport themselves to downtown Regina on game day?

3. This half-billion dollar proposal (that’s what it would have been once you factor the usual cost over-runs and inflation) is for a tenant who has only 10 guaranteed paying dates – one pre-season and nine regular season matches. (Eleven or 12, if you count post-season matches and when the Roughriders host the Grey Cup.) So, what’s going to fill it the other 350-plus days per year? Is Regina’s entertainment market suddenly going to get so big that there will be enough events going through the place to pay its operating expenses, let alone help defray the cost of building such a facility? The inability of Regina REDA, the Saskatchewan Soccer Association, and Ken Chevaldayoff’s office to put together a bid for Regina (and this proposed facility) to host matches for the 2015 Women’s World Cup is all you need to know that all the great promises about how The Facility Will Put Regina On The Map were a crock. The first time I hear Chevy or someone from the Sask. Party government talk about how they didn’t think about submitting a bid and that their research showed that it wouldn’t have worked in Saskatchewan, that will be the sound of these gomers destroying the arguments they have created in promoting this facility.

4. After examining how the provincial and city governments made their P3 funding approach, I seriously wonder whether these guys could organize a two-float parade. No mention was made about how much private sector money was going into the facility – not how much was forecasted, but how much was already on the table. There was no idea about what would be done with the site of Taylor Field – though there has been a lot of talk about using the area for affordable housing, neither the Saskatchewan nor the federal governments have an affordable housing strategy. As well, the federal P3 funding explicitly states that funds wouldn’t be used for facilities that would house professional sports teams.

This certainly isn’t to say that Taylor Field shouldn’t be replaced. Old, not well maintained over the years, and located in the middle of a residential neighbourhood, there’s nothing architecturally or historically interesting about it that would merit it being saved as a heritage site. And it’s in such bad shape that if you’re renovating it, you’re pretty much building a whole new stadium. And if you’re building a whole new stadium, you wouldn’t be building it where Taylor Field is now.

The solution is pretty freaking obvious. Build a 250M open air facility, either out by Kramer Tractor or south of Regina (between Rowat and the old Cinema Six Drive in), get it to seat 35K and expandable to 55K for events such as the Grey Cup, with acres of parking around it for tailgate parties, and redevelop the old rail yards into office space. It would have been a smart move for the government, instead of paying big bucks to renovate the Walter Scott building or move SIAST to the former Plains Hospital, to establish campuses on those lands, the way the Alberta government moved Grant McEwen Community College to Edmonton’s old CNR lands in the early 1990s. Having people working and going to school downtown is a better idea to fill up stores and bars than a football stadium that will sit empty all but a dozen days of the year. Too bad the provincial government didn’t think of that.

In the end, Chevy and Fiacco are to the real business world what guys hanging around the gates of the Playboy Mansion or fantasizing about Charlie Sheen’s booze, coke and whores life are to Real Guys who have real girlfriends or wives, and real jobs, not an active fantasy life. The Roughriders and their fans are paying for climbing into bed with those who dream big things, but don’t have the resources, brains, or intestinal fortitude to see their ideas through.