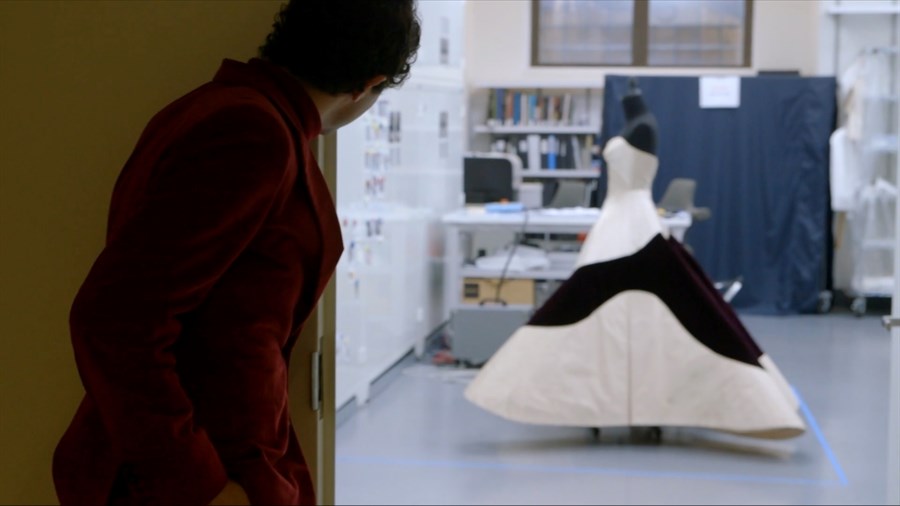 House of Z (USA/Canada, 2016): A problem with documentaries too closely linked to the individual being portrayed on screen is that the outcome may be too soft on the subject. It’s the case with the Zac Posen-centric House of Z, a recount of the rise and plateau of the fashion designer.

Posen, who was barely a teenager when he started making dresses for her friends (Paz de la Huerta, Jemima Kirke and other teen socialites), drafted his entire family and launched a haute-couture business, the aforementioned House of Z. Immediate success translated in growing demand. The stress plus Zac’s enfant-terrible persona caused serious tension within the Posen household, leading to a very public breakup.

Director Sandy Chronopoulos gets access to every member of the Posen clan and their video records. The story is intrinsically compelling and Chronopoulos is savvy enough to create suspense around the Posen’s Fall 2015 collection, billed as the designer’s make-it-or-break-it moment. That said, a more critical view would have been welcomed, particularly with a subject as controversial as Zac. 2.5/5 prairie dogs.

Becoming Bond (USA, 2017): There is something to be said about a doc that’s not stuffy or self-important. This George Lazenby-centric flick doesn’t have any other goal in mind than being fun and for the most part succeeds.

Lazenby was the only actor to portrait James Bond only once (On Her Majesty’s Secret Service) and walk away from the franchise. The documentary covers the bizarre series of events that turned him from a car mechanic with no acting experience into Sean Connery’s replacement. The Australian’s happy-go-lucky attitude towards life is syndicated as the reason of his success and the cause of him leaving the saga (producers wanted to control most aspects of his life).

Here is the kicker: Most of Lazenby’s story (who is at hand to narrate the tale) is told through broad recreations starring a fairly recognizable cast, including Jeff Garlin, Jane Seymour and Dana Carvey. While very cartoonish, it beats archive footage. One caveat: In order to give the film a well-rounded ending, the film implies Lazenby never set foot on a set after quitting Bond. The truth is he went on having a lengthy career in B movies and TV shows. Feels disingenuous. 3/5 prairie dogs.

Hondros (USA, 2016): War photojournalist Chris Hondros died covering the Libyan civil war in 2011. He left behind a remarkable body of work, including a number of photographs imprinted in the collective subconscious.

Hondros does a remarkable job depicting the two-time Pulitzer finalist (the director is Chris’ best friend, Greg Campbell), but goes beyond that. It makes clear what makes a great war reporter. It’s not fearlessness (although it helps). It’s the ability to read the situation and place it in context. This film is likely to transcend the festival circuit. 4/5 prairie dogs.