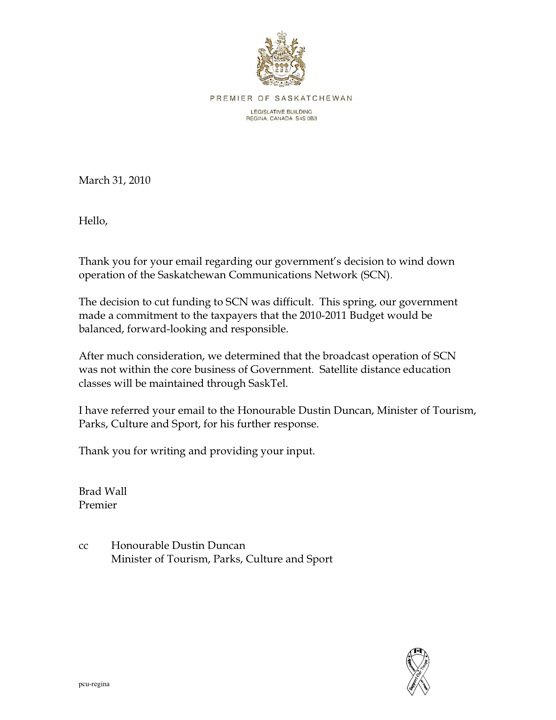 Here is the response going out to people who have written to the Saskatchewan government in support of saving SCN. The letters from Brad Wall are identical — unlike the many, many individual reasons the letter-writers (a.k.a. citizens) may have for wanting to save SCN.

Not only does the letter not address any of the concerns raised in his original letter, one recipient asks, “Since when is it appropriate to begin a letter with “Hello”?”  Good point. Given the letters aren’t personalized, the government is obviously not even bothering to take down the addresses of the senders — hell, they’re not even signed. I guess pretending to give a shit also got cut from the budget.

The “support our troops” ribbon is a lovely touch too.