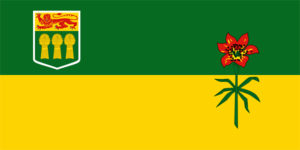 I’m writing this in advance of heading to the Legislature this morning for a press conference by Saskatchewan Finance Minister Kevin Doherty prior to him delivering the province’s 2016-17 budget this afternoon.

Based on my understanding of the embargoed copy of the budget that I obtained on Tuesday, despite all the gloom and doom that had been forecast, this doesn’t really qualify as an austerity budget. Yes, revenues from resources are down substantially from where they were a few years ago (around $968 million according to a government background document). But instead of slashing programs and department budgets, government spending will actually increase this year to $14.458 billion from $14.295 billion in 2015-16.

What’s more, these increases are being achieved with only a modest jump in the deficit from $427.2 million to $434.2 million. Tougher medicine may lay in the future, as the government says the budget marks the beginning of a process of “transformational change” in how it delivers programs and services.

Questions that will be asked as part of this process include: What programs and services should be the role of government? Are they being delivered in a cost-effective and efficient way? Could programs with similar objectives be consolidated to save delivery costs? Could different governance models provide administrative savings while still meeting the needs of Saskatchewan people?

Where all that will lead is anyone’s guess. But for now, the government is holding off on any tough decisions related to our altered fiscal reality in the wake of a global slide in resource prices.

Oh yeah, and one more thing. The government is planning to borrow another $1 billion this year to help tide us over. Similar to the $700 million it borrowed last year, the debt isn’t included in the deficit calculation. As noted above, it’s projected to be $434.2 million, but when you throw in an extra billion dollars of debt the true shortfall is $1.434 billion.

If this was a NDP government presenting this budget, I can well imagine what the outcry would be from the various chambers of commerces, taxpayers federations and independent business associations that are out there. So we’ll see what happens later today.