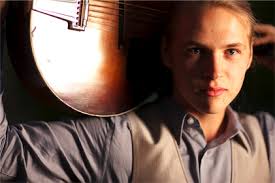 The Canadian Folk Music Awards were held in Calgary Sunday night. Local 19-year old wunderkind Keiffer McLean (pictured) was nominated in the Young Performer of the Year category. In 2007, Kyrie Kristmanson, a founding member of Rah Rah, won the award in the same category. McLean didn’t win the Young Performer award last night (that honour went to Celtic fiddler Kierah) but he still has plenty to look forward to with the launch of his debut album Drama In The Attic in 2014.

In October, McLean released the video for the first single off the album called “Headful of Diamonds”.  The video was shot in Ogema, and if you click on this link you’ll be able to check it out.