This weekend I went to the Fan Expo Regina with Prairie Dog’s CNB (Chief Nerd Bullier) Steve Whitworth and MSE (Marina Sirtis Enthusiast) Carl Johnson. I was there as the official Prairie Dog photographer, and it soon became clear that Steve expected me to actually take out my camera and depress the shutter. Then, just to exert his will, he wrote on Sunday:

Aidan took tons of photos, some of which will land on Dog Blog over the next few days. They will be great.

And they are great. After all, what could be greater than Kay Pike/Jessica Rabbit, Kevin Sorbo, IronE Singleton and Tia Carrere in a row? Maybe if they threw in some cupcakes. 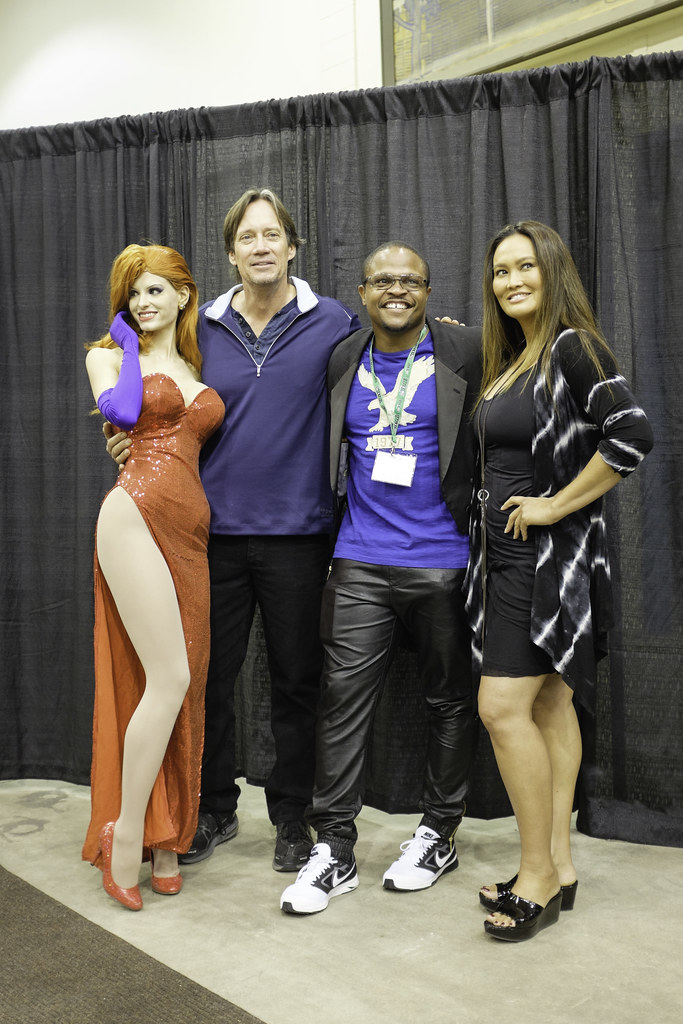 This is a blurry photo, but it shows the unmitigated glory of IronE Singleton’s jacket, which he showed off with unironic glee. “Should I twirl?” he asked. Then he twirled. 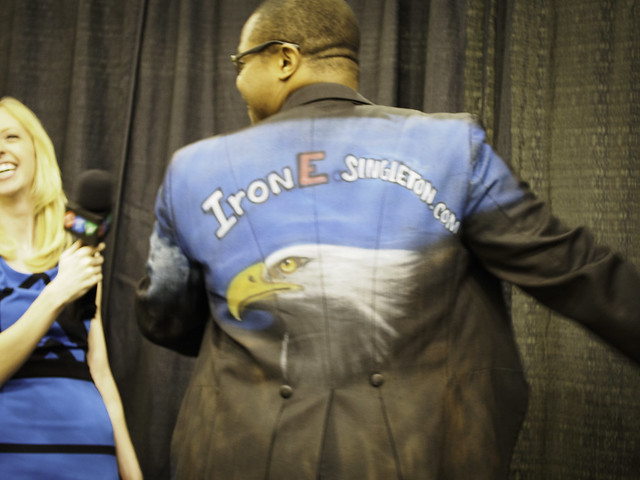 Do you have a mental image right now of IronE Singleton driving around town in an airbrushed van? DO YOU? You do. 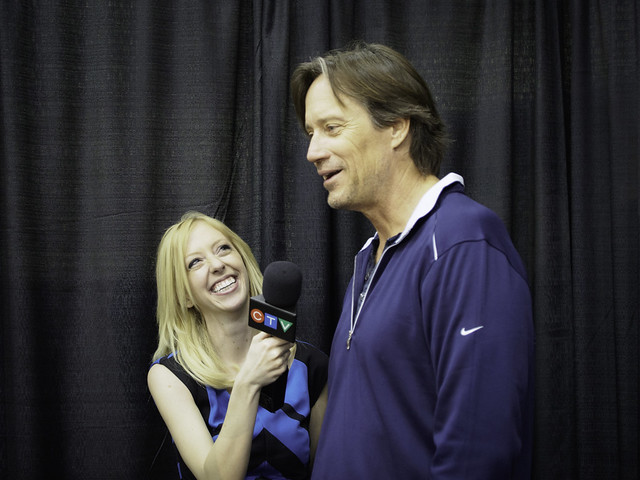 Also also of note: I can’t post pictures of Tia Carrere because certain people whose names rhyme with Schmeve and Schmarl want to use those photos for their own blog posts.

The real attractions at the Fan Expo, of course, were the fans and their incredible costumes.

Here’s Deathstroke posing in a cavernous space that smelled vaguely of horse manure (I also spied a Green Arrow and Black Canary wandering around but didn’t manage to capture them). 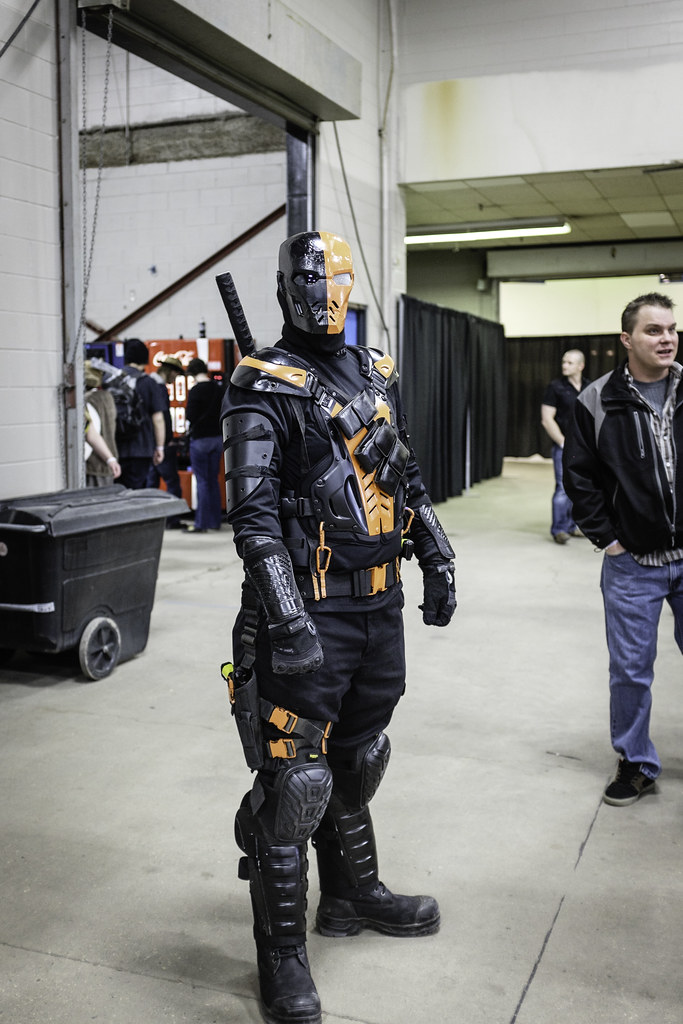 These two may have been doing Halo cosplay. Or who knows, maybe they just showed up to terrify everyone. 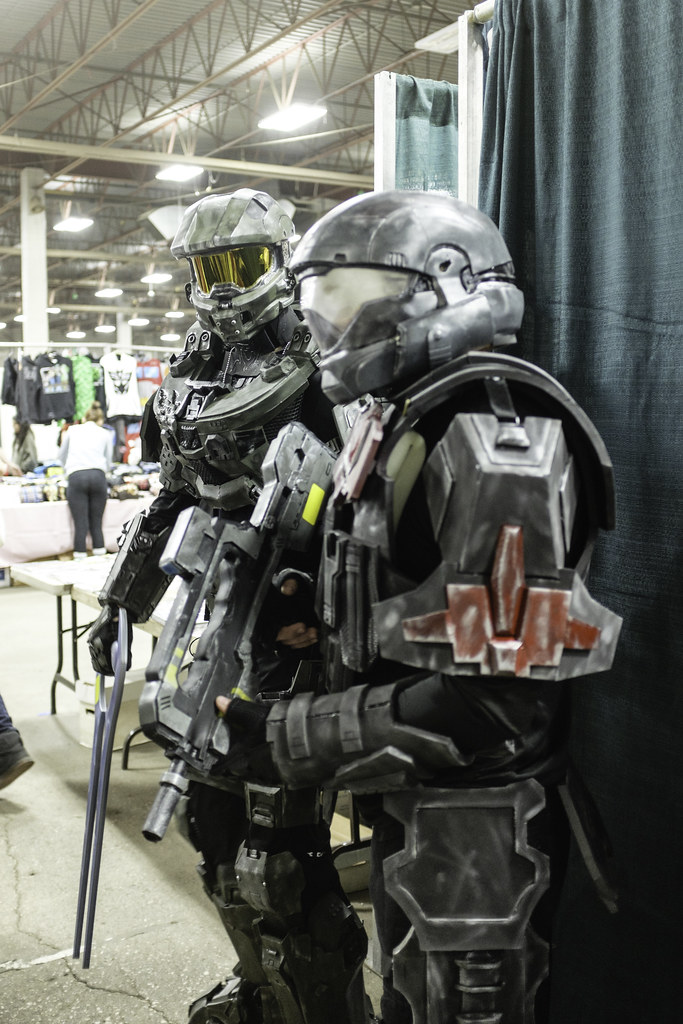 I have no idea what byway of fandom these two were representing. I wanted to ask but I was afraid they might pull out my soul and banish it to the Land of Wind and Ghosts. 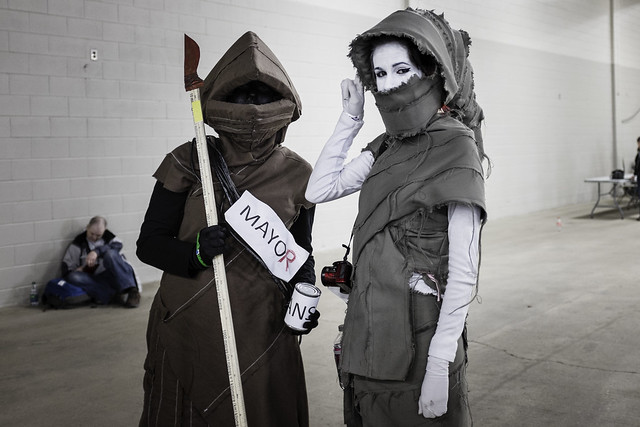 I summoned the courage to ask this guy whose persona he’d assumed. Apparently he’s Fiddlesticks from Living Legends. 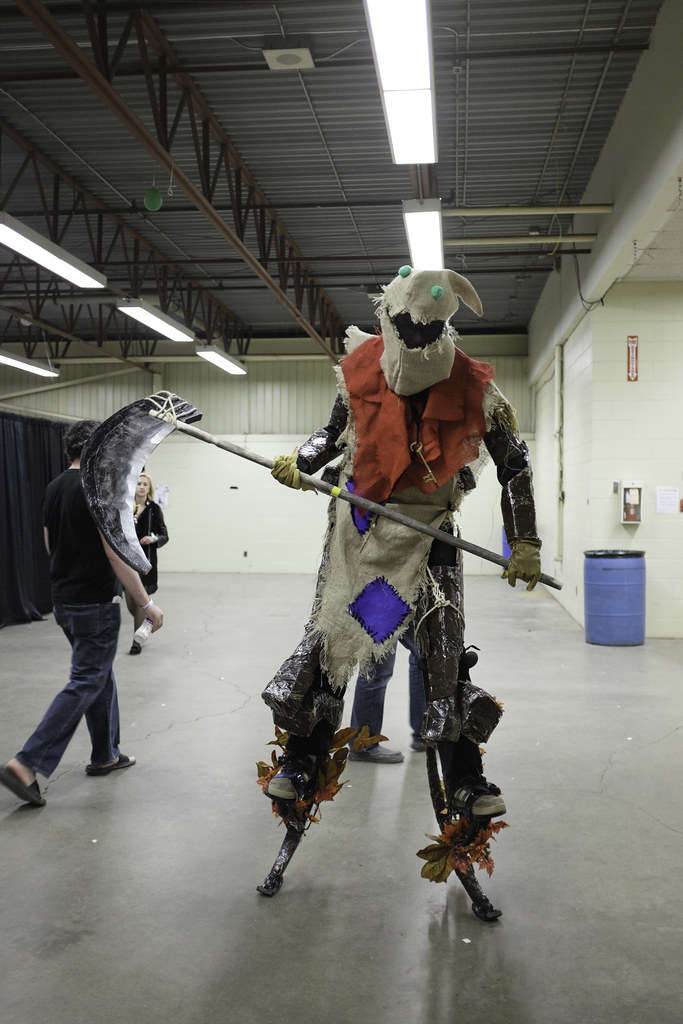 Really? Nine feet tall with a giant scythe and a body made of innocent scarecrows? And your name is Fiddlesticks? I’d have named the character Deathswipe or Screamcrow or something. Ah well.

Here’s a costume I refuse to understand. 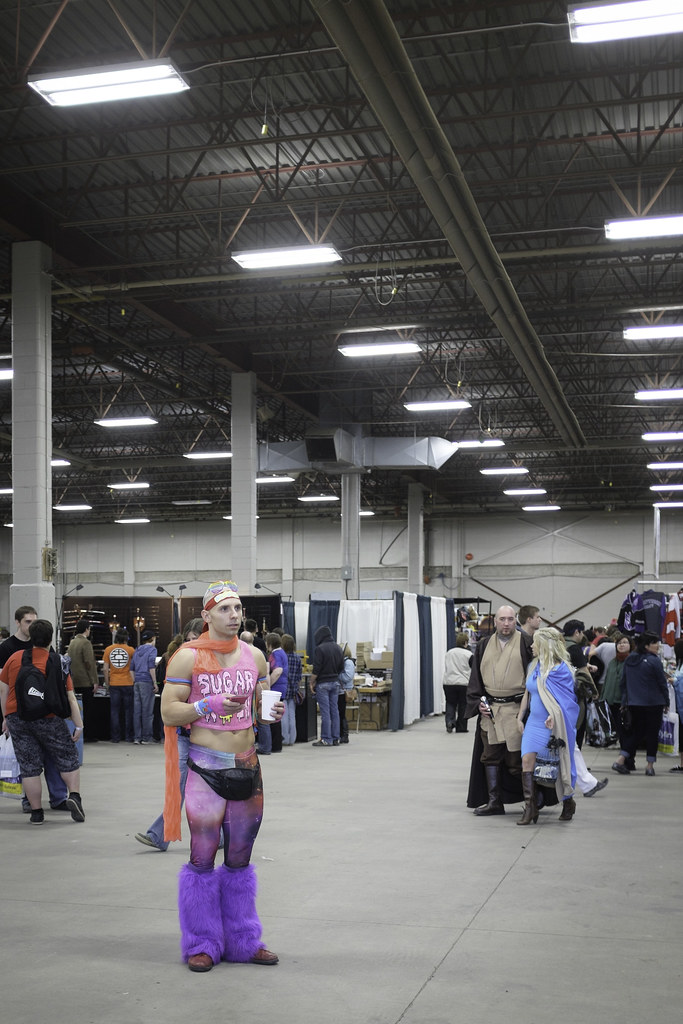 And here’s He-Man in all his biceped, fur-undied, orange-skinned glory. This guy looked like a walking action figure. 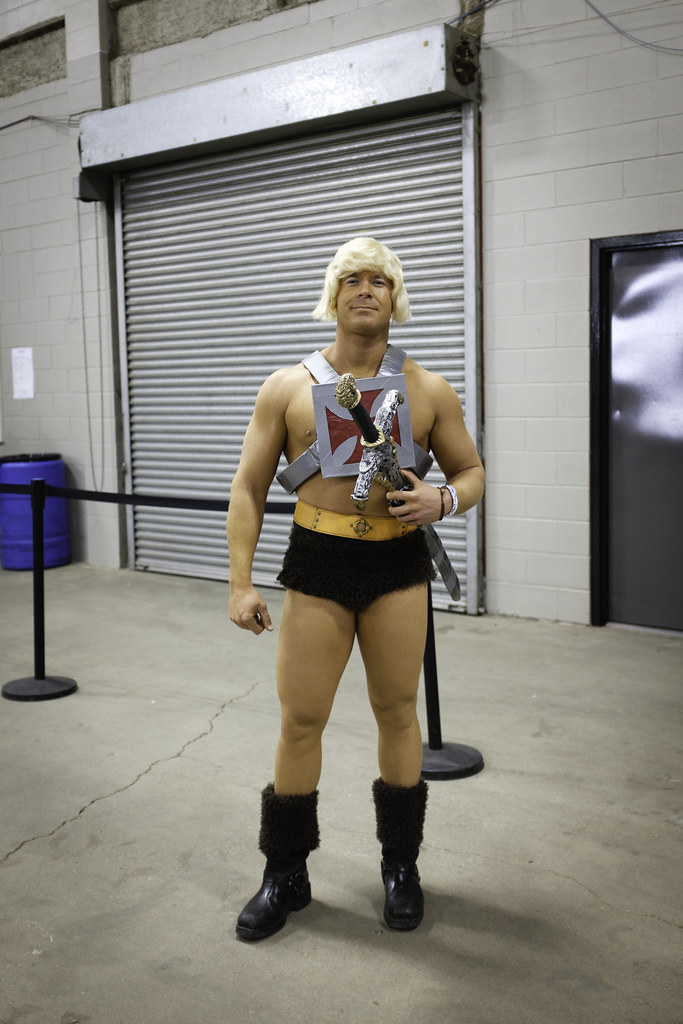