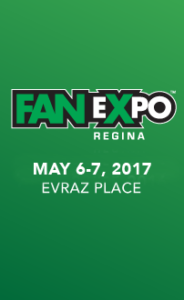 This belated post was original meant to be published back in May but Prairie Dog’s servers were getting upgraded or maintained or something and it has taken me forever to get back to getting this posted. In the time since there have been several other Fan Expo’s and Comic Cons. The big one San Diego took place in July and more recently the other weekend saw the big Toronto Fan Expo (by the same people who put on the one in Regina.)

Toronto had the likes of Tim Curry, Richard Dreyfuss and Kathleen Turner along with comic creators like Jim Lee, Scott Snyder, Greg Capullo and Steve McNiven. This weekend will have the Sask Expo up in Saskatoon with Ernie Hudson (Ghostbusters, The Crow), John Rys-Davies (The Lord of the Rings, Raiders of the Lost Ark), Cas Anway (The Expanse), Ruth Connell (Supernatural) and Lou Ferrigno (The Incredible Hulk). Voice actors Maurice Lamarche and Rob Paulsen (Pinky and the Brain) will also be there. 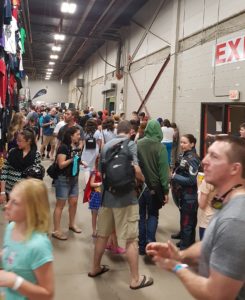 Regina’s Fan Expo didn’t have as big of names as Toronto but we did have William Shatner, Brett Hart, Bruce Boxleitner, Michael Cudlitz, Pat Mastroianni and Stefan Brogen. On the comic book side of things Ty Templton, Ed Brisson, Adam Gorham and Tom Grummet were here.

Saturday was exceptionally hot and it was even hotter inside at the Fan Expo. It was packed with people and Saturday was also the costume contest and all those poor people in their awesome costumes were sweating like crazy. Sunday the Evraz Place was cooler inside but it was still warm. Sunday was also William Shatner’s panel which took place earlier in the day. Later in the afternoon, while still busy it wasn’t nearly as crazy as it was Saturday. 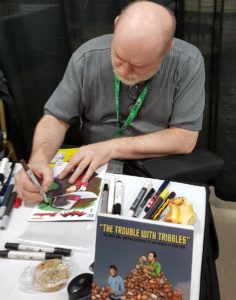 The guests were excellent. I tend to prefer the comic guests and this year they were all excellent as always. Ed Brisson (Iron Fist, Sheltered, The Violent, Old Man Logan) was excellent to talk to. He’s also going to be at Sasktoon’s Sask Expo September 16 and 17. Adam Gorham (Rocket, The Violent, TMNT) was also excellent to talk to. As was Tom Grummet (Superboy, Robin, Teen Titans) and Ty Templton (Batman Adventures) was extremely entertaining to talk to. Gorham and Grummet will also be at the Sask Expo in case you missed them in Regina.

After four years now the organizers seem to have a pretty good grasp on the show. That said the expo is starting to feel a little familiar, there is only some much that vendors can do to change things but at least the different guests change things up every year.

It was a pretty good expo this year and it will be interesting to compare Saskatoon’s Expo this weekend to Regina’s. 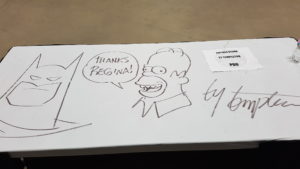 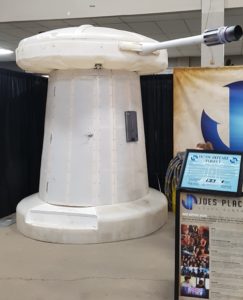 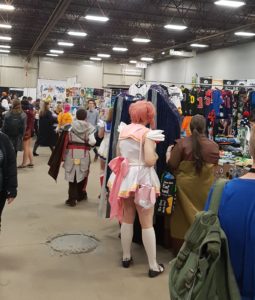