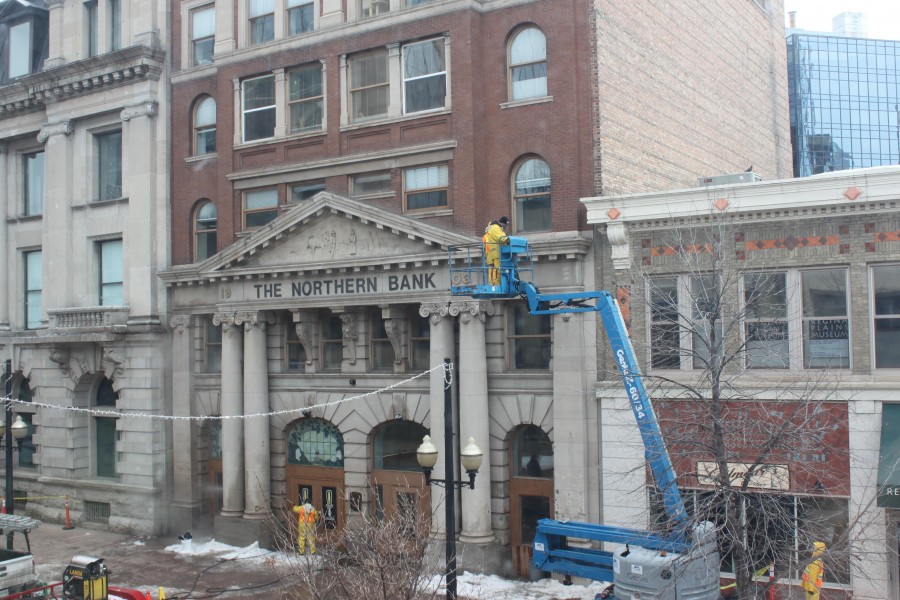 The other day the City of Regina announced plans to take a more adventuresome tack in allowing downtown pubs and restaurants to establish temporary sidewalk patios similar to what O’Hanlon’s and the Copper Kettle have done for over ten years.  The patios would operate from late spring through early fall and would be facilitated by the attachment of wooden boardwalks to existing sidewalks for pedestrians to use.

For people with mobility issues, that probably presents a bit of a challenge so care must be taken to ensure the boardwalks are solidly built and properly installed. Care should also be taken to regulate traffic around the patios. One reason the O’Hanlon’s/Copper Kettle patio has been so successful is that Scarth at that point is not a thru street so it generally doesn’t see that much traffic and the traffic it does see generally moves at a slower speed. That wouldn’t be the case on Hamilton, Broad or other thru streets and avenues in the downtown. Anyway, the proposal is supposed to go to City Council on April 29.

As for the above photo, it’s where Beer Brothers has its own outdoor patio. It’s on the pedestrian mall, so traffic, outside of the odd vehicle that mistakenly enters the mall off 11th Ave., isn’t a problem. But apparently there is another hazard in the form of pigeons that roost in the pediment of the old Northern Bank building which sits above the patio. Today, a crew is there rousting the pigeons and spraying some substance to discourage them from returning — along with cleaning pigeon poop off the building facade and supporting columns.