Exciting Goings On In The Alley Between 18 Block Hamilton & Scarth 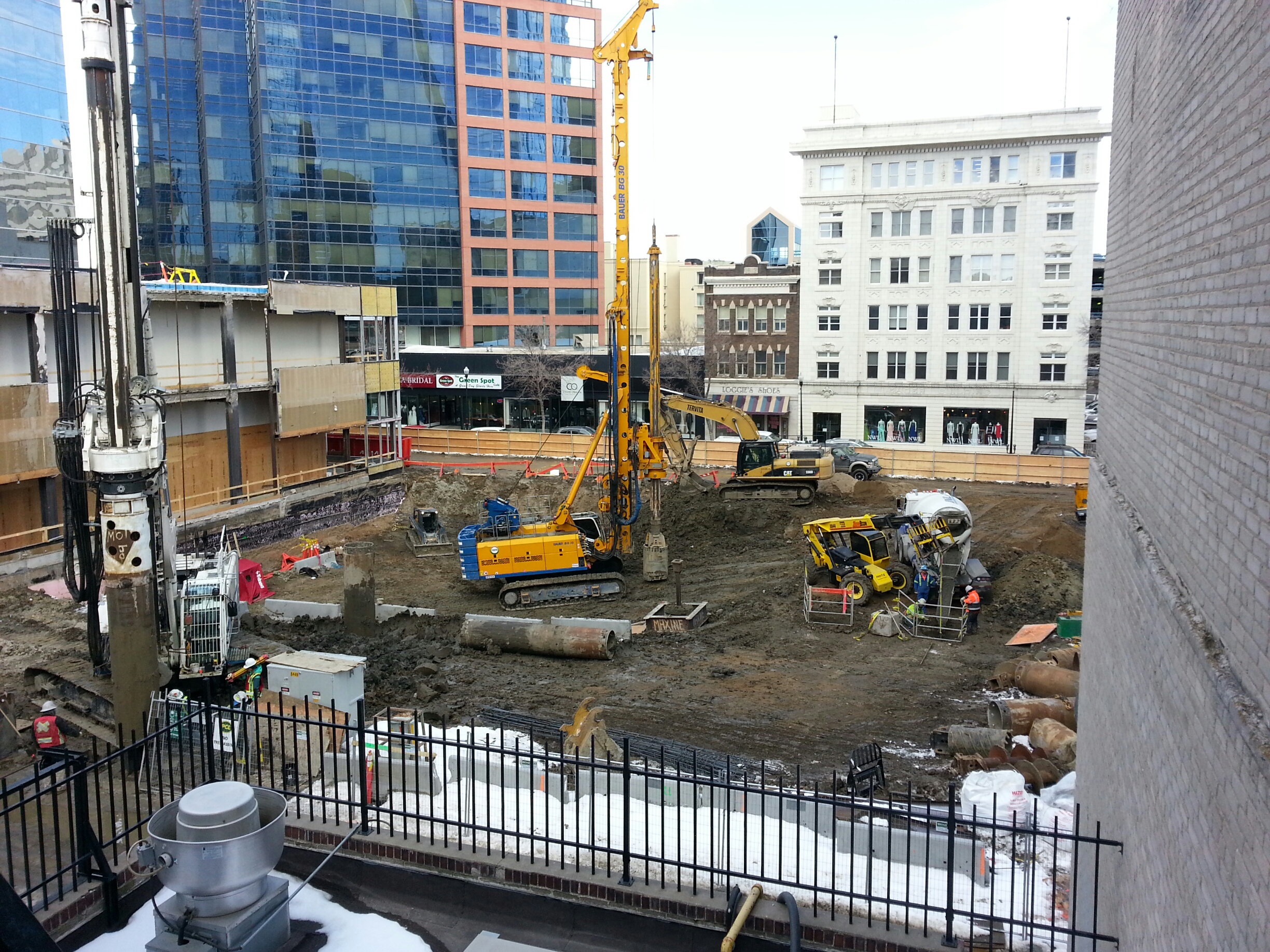 This is the view from the third floor of my building’s back alley fire escape. As construction progresses on Harvard Developments’ 10-story, $60 million Agriculture Place it’s going to change quite a bit.

So far, they’ve demolished the old buildings, crushed and removed their concrete foundations (which caused a fair bit of vibration in our building, I’ll tell you, which has five ground-floor commercial units and 17 residential units on three upper floors), dug down to make space for two levels of underground parking, and driven a bunch of piles to provide a foundation for the building.

Harvard held an open house in November to get area businesses and residents up to speed on what plans they had to make construction as painless as possible for everyone. That hadn’t been the case with Hill Tower III a few years earlier. For significant chunks of time the 12th Ave alley exit was blocked so you’d have these big delivery trucks pulling in off 11th Ave to make deliveries, then have to do a Uey in extremely tight quarters or else try to back out onto 11th. Same with Loraas garbage trucks. And when the alley exit on 12th was open it was often rutted and chopped up so bad it felt like you were driving (or cycling in my case) in a war zone.

This time around, Harvard has promised to try to minimize disruption for local residents and businesses as they erect their 160,000 sq. ft. building. Timeline for completion is early summer 2015. But because of all the cold weather I think they’ve fallen a bit behind. So I guess we’ll see.