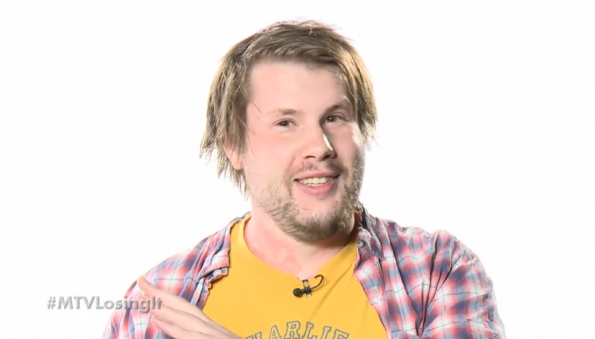 Have you read the funny, funny Dan MacRae in Prairie Dog and thought, “How did he lose his virginity?” Luckily, he’s willing to share. He recently told the story of his first time for the MTV Canada show Losing It.

If it feels like a well-developed bit of business, it’s not just because MacRae’s obviously been dwelling on this for a minute. This has been (or at least used to be) a staple of his stand-up sets. Thanks to MTV Canada for capturing it in front of a a white background, as it was meant to be seen. So go ahead: go watch it. It’s the sixth episode, and Dan is in the last segment.

In other Dan MacRae news, he announced recently that he and the talented Christi Olson are engaged, a union heartily endorsed by everyone at Prairie Dog, I’m sure.

One thought on “Dan MacRae On Losing It”